How Many Syrian Mercenaries Remain in Libya? 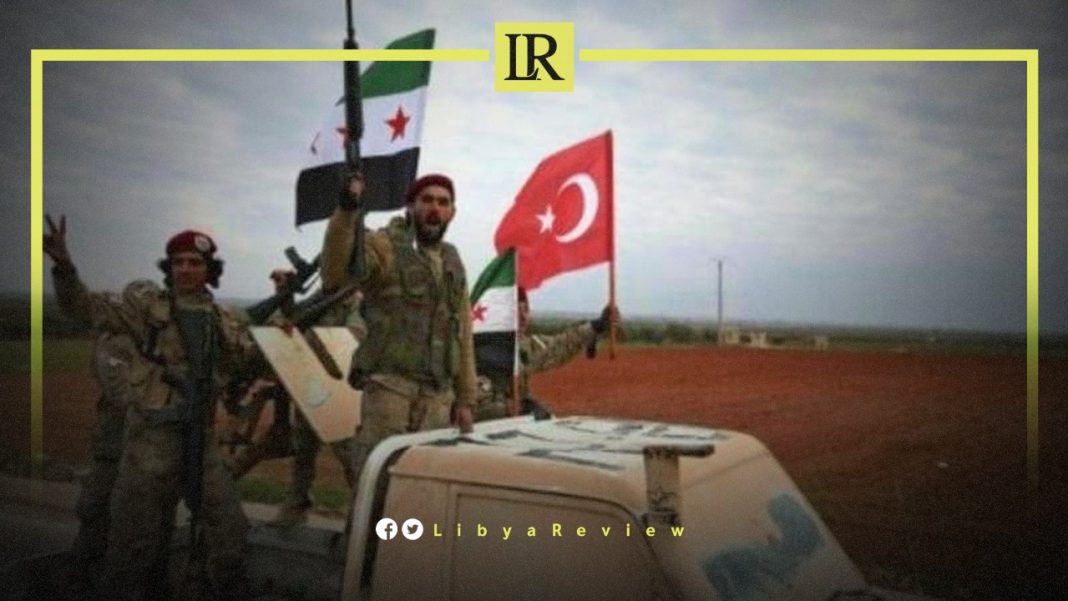 The Director of the Syrian Observatory for Human Rights (SOHR), Rami Abdel-Rahman said that about 7,000 Syrian mercenaries are still present in Libya.

In a press statement, Abdel-Rahman called for the withdrawal of all Syrians, “who have turned into tools in the hands of the Turkish government” and for their immediate return to Syria.

“The mercenaries were told that their mission was to protect the Turkish forces, but they were surprised by their inclusion in the first ranks in the battles of Libya,” he said.

“Some of the dead bodies were returned to Syria to be buried, while the whereabouts of others remain unknown,” he noted.

In February, Abdel-Rahman stated that the process of sending Syrian mercenaries to Libya remains ongoing. He explained that Turkey continues to exchange mercenaries, and send more fighters.

During statements to Al-Massar TV, the SOHR Director said that there are still thousands of Syrians present in western Libya.

He denounced the silence of the Arab media on this matter. He suggested that this was due to understandings taking place between Turkish President Recep Tayyip Erdogan, and some Arab countries.

“We distance ourselves from the media war between Erdogan and some Arab countries, and talk about the fact that there are mercenaries still going from Syria to Libya,” he concluded.

The SOHR announced that a new batch of 150 mercenaries arrived in Libya in February.

It also demanded an end to the use of Syrians as mercenaries by Turkey and Russia, explaining that there are fighters alongside the Russian Wagner mercenaries.

The October 2020 ceasefire agreement between Libya’s warring parties demanded that all foreign mercenaries be withdrawn within three months of its signing.