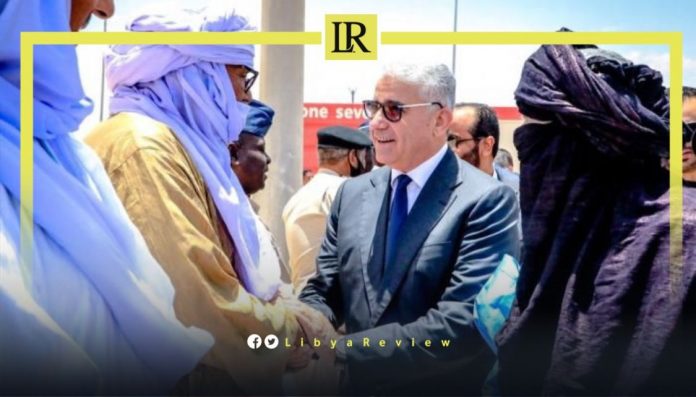 During Bashagha’s inspection of the Essin border crossing between Libya and Algeria, Bashagha said his government is working “to make Libya a strong country on the security level.”

He pledged to support security in the south, especially the border areas. He stressed the importance of “cooperation with Algeria in securing the common borders, fully equipping them, and providing them with all the necessary capabilities.”

Bashagha affirmed the necessity of stopping wars and conflicts between Libyans. “Conflicts should be ended. It is necessary to give priority to wisdom over conflicts, and to pay attention to our borders,” he said.

Recently, the Libyan Parliament-designated Prime Minister, Fathi Bashagha stated that his government is keen on the security of Tripoli, and the safety of its residents.

Bashagha added that he welcomes the statement issued by the social, political, and security leaders in the Souq Al-Jumaa area. He stressed that his government is looking forward to working with the “wise men who represent the civilized face of the city of Tripoli,” Bashagha tweeted.