Saif Al-Islam Meets All Requirements to For Presidency 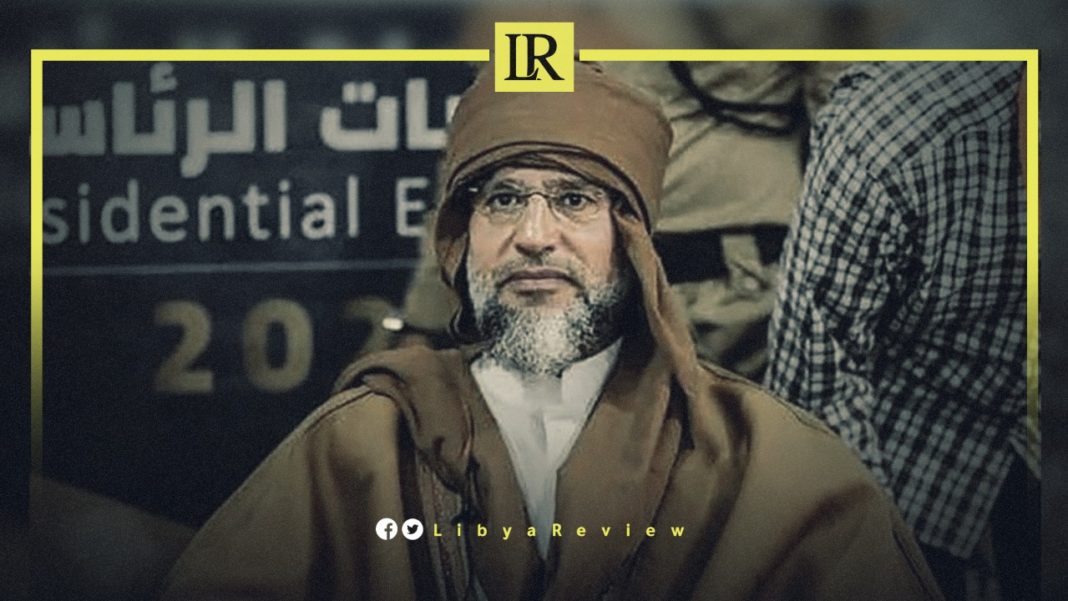 Omar Abu Sherida, a member of Saif Al-Islam Gaddafi’s political team, said that his candidacy abides by all legal mechanisms. He added that his “success in overcoming all steps of candidacy according to the electoral laws, and the rulings obtained by the Libyan judiciary confirm the integrity of his legal position.”

According to “Fawasel Media,” Abu Sherida indicated that the integrity of Saif Al-Islam’s legal position resulted in an intervention by the United Kingdom’s Ambassador to Libya, Caroline Hurndall. “This made her go beyond her duties to try to interfere in the rulings of the Libyan judiciary, and to exercise guardianship over the will of the Libyan people and their right to elect whomever they want.”

He expressed his surprise at the issuance of such statements by a permanent member of the Security Council, “that talks about the values ​​of democracy and the right of the Libyan people to exercise elections to get out of the state of chaos and terrorism.”

He explained that “such statements do not serve the interests of the United Kingdom, as they provoke a large segment of the population that sees Saif Al-Islam as a ray of hope capable of restoring the Libyan state and ensuring peace, stability, and development.”

Last month, Saif Al-Islam’s lawyer, Khaled Al-Zaidi stated that he had “evidence and information that proves that the US and UK Ambassadors played a role in stopping, and disrupting the Libyan elections. This was due to the acceptance of Saif Al-Islam’s candidacy for the Presidential elections.”

“We expected that the US and some Security Council countries would have a positive role in supporting elections, stability, and a government elected by the Libyan people,” Al-Zaidi added in press statements. “But the two Ambassadors stopped the publishing of the final lists of candidates.”

He expressed his astonishment at “the statements of US Ambassador, Richard Norland regarding the presidential candidate, Saif Al-Islam, and his attack on Libyan legislation, describing it as defective.”

“Such statements caused us great shock and surprise. We did not expect foreign ambassadors to interfere in the electoral process in this blatant way so that the elections and their results would be tailored to specific people,” he explained.

Al-Zaidi continued: “We are still wondering, and we do not know why these countries and these ambassadors are afraid of my client, Saif Al-Islam Gaddafi.”