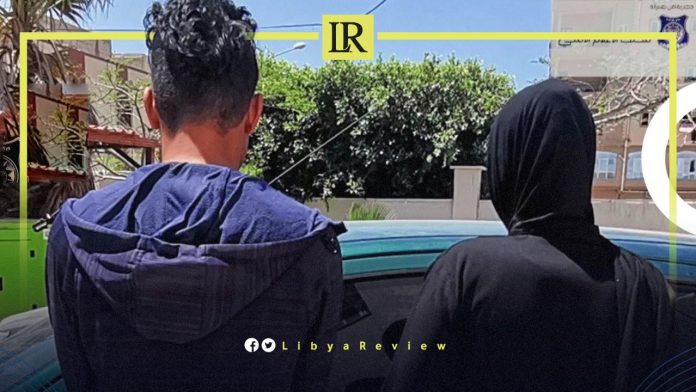 On Friday, Libyan Police stated that the Criminal Investigation Department has managed to arrest a Libyan woman, accused of armed robbery and carjackings.

This came after a report was received over a stolen vehicle. The Sabratha Police force said in a statement that that a burgundy Kia Optimia car was stolen in the Al-Nahda area, south of the city.

The statement added that the woman was part of a criminal gang, and “also admitted to the participation of others in several incidents that are being investigated,” it concluded.

Libya fell into chaos in 2011 after a NATO-backed uprising, which toppled long-time leader Muammar Gaddafi. It continues to suffer from extrajudicial killings forced disappearances, rape, and kidnappings by armed groups.

Recently,Libyan police managed to thwart the smuggling of migrants in the coastal city of Sabratha, west of Tripoli.

The Sabratha Security Directorate said in a statement that a human trafficking gang was attempting to carry out an operation in the coastal city.

The migrants were arrested, with their rubber boat and equipment confiscated.

“Members of the human smuggling gang fled, leaving behind five motorized vehicles at the crime scene,” the statement added.

The police confirmed that all the seizures were referred to the Criminal Investigation Department, and the necessary measures were taken to arrest the suspects.

The European Commission claimed that its efforts to shore up the Libyan Coast Guard is based on a “do no harm” principle, and saves lives.

Francisco Gaztelu Mezquiriz, a senior commission official, told European lawmakers on Thursday that the commission’s efforts in Libya are humanitarian in scope.

“We strongly believe that increasing the effectiveness of the Libyan search and rescue operations can only help to reduce the number of lives lost at sea,” Mezquiriz said.