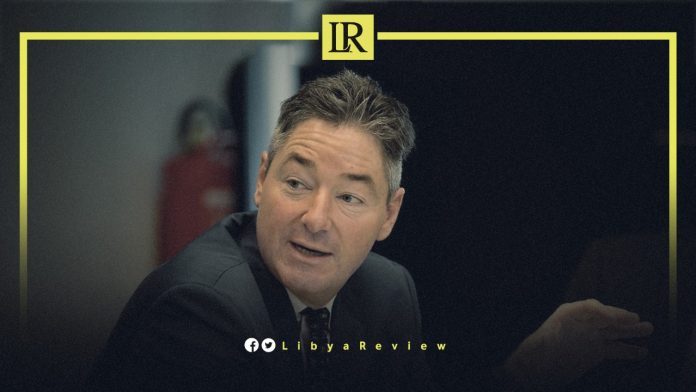 On Saturday, Germany’s Ambassador to Libya, Michael Ohnmacht stressed the “importance of maintaining international unity on Libya, in order to find a sustainable way out of the country’s decade-long crisis.”

This came during Ohnmacht’s meeting with the German Special Envoy for Libya, Christian Buck to discuss effective solutions to the crisis.

“I am proud to participate in the meeting of the international group known as P3+2+2 in Berlin, which includes France, Germany, Italy, the United Kingdom, the United States, in addition to Turkey and Egypt. In support of the UN efforts to bring sustainable peace,” the German diplomat tweeted.

“Together with our partners, we remain committed to continuing these efforts,” Ohnmacht added.

“The United States joins the UN and international partners in calling for all sides in Libya to engage in dialogue and work in good faith on a credible roadmap for early elections,” the US Embassy tweeted.

The attendees of the Berlin meeting reiterated their joint commitment to support a comprehensive path towards elections in Libya, as soon as possible.

They also expressed their aspiration to work with the new UN Special Representative, Abdoulaye Bathily.