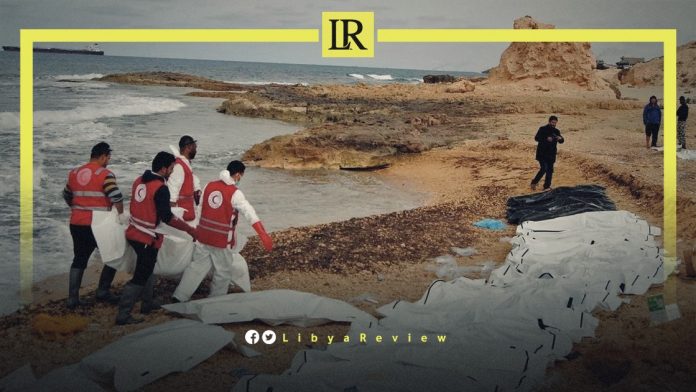 Well-Informed sources said that the Libyan Red Crescent has failed to respond to the relief calls to retrieve these bodies. As well as begin search’s for survivors.

The International Organisation for Immigration (IOM) designated the central Mediterranean as the deadliest known migration route in the world, with more than 17,000 recorded deaths and disappearances since 2014.

Libya has been suffering insecurity and chaos since the fall of the late leader Muammar Gaddafi in 2011. This has made the country the preferred point of departure for migrants who want to cross to European shores.

Last month, the international medical organisation Médecins Sans Frontières (MSF), or ‘Doctors Without Borders’ called for the evacuation of the most vulnerable migrants from Libya to safe countries.