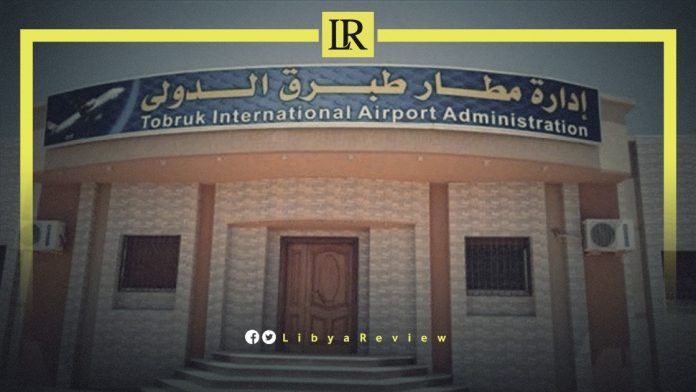 Libyan media reported that all flights have been suspended at the Libyan Tobruk Airport. This is due to reasons related to the airport authority’s attempt to withhold the “international” status from the airport.

Days ago, 17 people were injured in a late-night explosion involving a fuel tank in the southern Libyan city of Sebha, according to a statement from the Libyan Health Ministry.

According to witnesses, the explosion-related fire was quickly put out. This occurred a few weeks after a fuel truck explosion left dozens dead and injured in a nearby town.

Last month, a team of experts from Libya’s Criminal Investigation Agency issued a report on the explosion of a fuel tanker in Bent Bayya, southern Libya.

The report indicated that the fuel tanker broke down on the side of the road, people then gathered to empty the fuel from the vehicle. An individual attempted to operate the truck’s pump with a car battery, resulting in an electric spark igniting the truck.

The report stated that nine civilians died as a result of the explosion, while 70 others sustained severe burns, and 11 cars caught fire.

The Commander-in-Chief of the Libyan National Army (LNA), Field Marshal Khalifa Haftar ordered the victims of the fuel tanker explosion in southern Libya to be transported to Benghazi for treatment.

The Libyan Parliament-designated Prime Minister, Fathi Bashagha, offered his condolences to the families of the victims. He also wished a speedy recovery to those injured in the “tragic accident.”

Bashagha instructed his Deputy, the Ministers of Health, Interior, and Civil Aviation to take all measures to ensure the speedy rescue of the injured, and to support the medical centre in Sebha. The Prime Minister also asked his Ministers to open an urgent investigation into the incident.