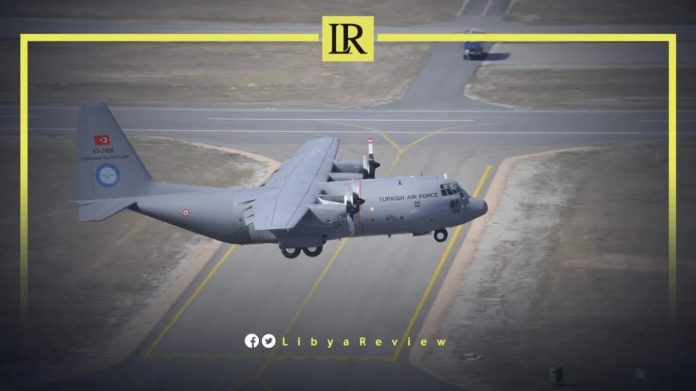 Meanwhile, a C130 aircraft also landed at the Al-Wattiyah Air Base from a Turkish military base, according to data published by the website.

Turkey continues to send military aircraft to Libya, with more than ten planes landing at the Uqba bin Nafi Airbase in the Watiya region, western Libya.

The planes are believed to be transporting military supplies, despite the fact that the UN-brokered ceasefire agreement stipulates that all military cooperation with foreign nations must be halted.

In June, the Turkish Parliament approved a motion to extend the mission of the Turkish troops in Libya, for additional 18 months.

In April 2019, the Libyan National Army (LNA) led by Khalifa Haftar launched an offensive on Tripoli. The GNA requested help from Turkey to avert an LNA takeover. Ankara soon began to airlift thousands of Syrian mercenaries, and an array of weapons to support the GNA.

Recently, the Turkish Constitutional Court rejected the appeals of six journalists in two separate cases, concerning their imprisonment over their reporting on Libya.