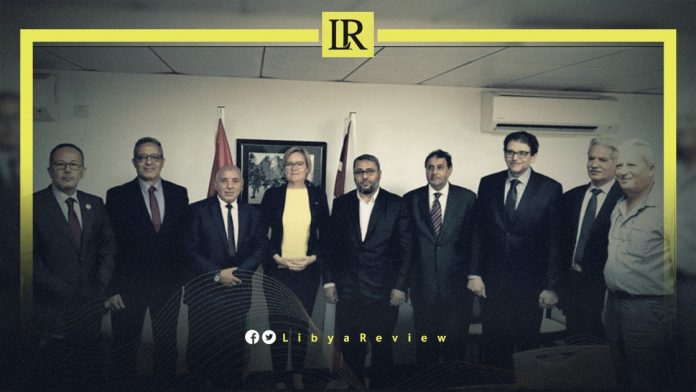 On Thursday, the British Ambassador to Libya, Caroline Hurndall met with several political party leaders in Libya – most of which are related to the Muslim Brotherhood group.

“We have discussed the current priorities in the country, and how the UK supports the work of these parties,” Hurndall tweeted.

“These Political parties have a vital role to play in preserving & widening democratic space in Libya,” the British Ambassador added.

The British diplomat previously condemned any attempts to seize or maintain power by force.
She pointed out that holding elections as soon as possible is the only way out of the current crisis in Libya.

Presidential elections in Libya were scheduled for 24 December 2021. However, along with the Parliamentary elections, it was postponed indefinitely over technical and legal issues, according to the electoral commission.

In August, Member of the Libyan Parliament, Mohamed Al-Abani said that the statements of British Ambassador, Caroline Hurndall are “a violation of her diplomatic work.” He noted that “members of the House exercise their legislative work through the Parliament, as it is the supreme legislative authority.”

Recently, Imgheib also called for the expulsion of the British Ambassador to Libya, Caroline Hurndall from the country.