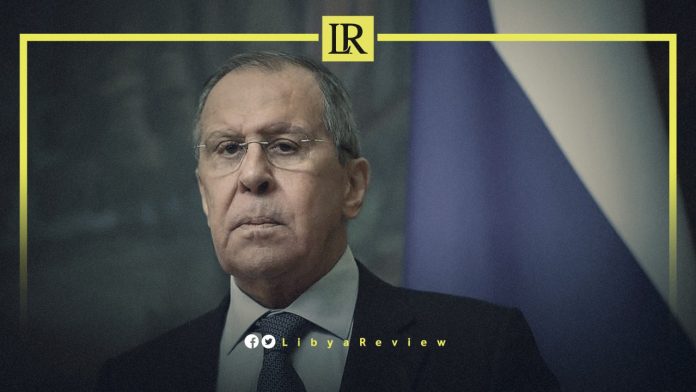 Russian Foreign Minister, Sergei Lavrov said that it was “NATO that destroyed Libya and Syria and was responsible for the consequences,” referring to the war that has waged in the two countries since 2011.

In a speech today in New York on the sidelines of the UN General Assembly, the Russian FM added that they sought to restore stability to the two countries.

On Tuesday, Russian President, Vladimir Putin expressed his interest in strengthening relations with Libya. He affirmed Russia’s keenness to reach a just and sustainable settlement of the long-running internal conflict in the country.

This came during a ceremony to receive the credentials of foreign ambassadors to Russia, including the new Libyan Ambassador, Mohamed Al-Maghrawi.

Putin stressed his support for the “sovereignty and territorial integrity of Libya, and to help the friendly Libyan people defend their right to a dignified life, peace, and security.”

On Monday, Russian Deputy Foreign Minister, Mikhail Bogdanov said that Moscow will soon reopen its embassy in Libya. Russia relocated its embassy to neighbouring Tunisia in 2014, after the embassy came under attack in October 2013. This forced Moscow to withdraw its diplomatic staff from Libya.

Speaking at a news conference in Moscow, Bogdanov said the appointment of the ambassador will be announced soon.

“Our embassy is reopening in Libya in the near future … You will learn about the appointment of an ambassador. Now we need to solve organizational issues, at the moment there is nowhere to work, temporarily, maybe our colleagues will work in some hotel,” Bogdanov said.