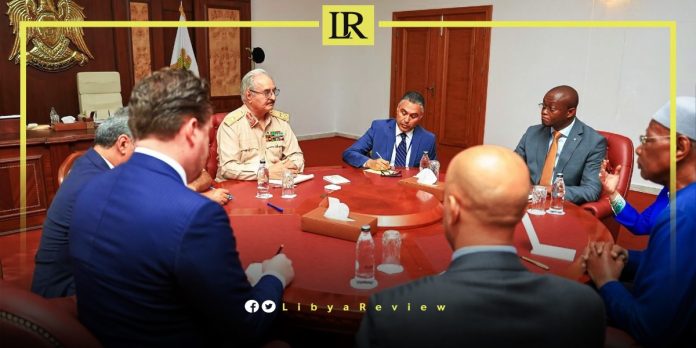 On Saturday, the Commander-in-Chief of the Libyan National Army (LNA), Field Marshal Khalifa Haftar met with the newly appointed UN Envoy and the Head of the UN Mission in Libya (UNSMIL), Abdoulaye Bathily.

During the meeting which was held in Benghazi, Bathily affirmed his “determination to listen to all Libyan parties,” and reiterated the United Nations’ “support for a sustainable Libyan-owned solution to restore peace and stability to the country.”

“I want to hear the roadmap you have, not only on women’s issues, but on every aspect of the crisis. I want to help Libyans design their own solution to put an end to this,” he added.

Spokesman for the UN Secretary-General, Stéphane Dujarric confirmed that Bathily’s “highest priority is to support defining a consensual path towards fair and comprehensive elections, as soon as possible.”