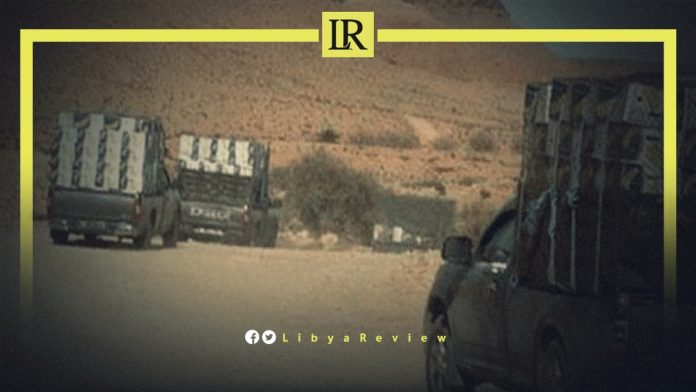 On Monday, the Tunisian Ministry of Defence said that military units at the southern borders arrested smugglers crossing the southeastern border with Libya.

The statement added that the vehicle was carrying two people, and was loaded with approximately 450,000 narcotic tablets intended for neurological diseases, and a quantity of cigarettes.

In August, the 444th Brigade, affiliated with Libya’s Government of National Unity (GNU), announced the seizure of 20 kilograms of hashish, and imported liquor in the city of Bani Walid.

The brigade also stated that one of its detachments had arrested a suspect involved in armed robbery and theft. They were then transferred to the Criminal Investigation Department in the city.

Earlier, the rival Libyan government led by Fathi Bashagha announced that its Interior Ministry had raided a 100-hectare farm that was growing hashish in the city of Sebha.

This was part of the efforts exerted by the Director and employees of the Sebha Security Directorate, to impose security and the rule of law in the city.

It added that after collecting information and taking permission from the Head of the Sebha Primary Prosecution, members of the investigation department of the Directorate’s Criminal Investigation Department were able to raid a hashish farm in the city.

The statement noted that the contents of the farm were seized, and a sample of the existing plant was taken and sent to the Centre for Judicial Expertise and Research-Sebha Branch for identification.

The suspicious plant was found to be hashish, listed in the Narcotics Schedule No. (1) Item (12) attached to Law No. (7) of 1996 regarding narcotics and psychotropic substances. All legal measures were subsequently taken against the farm owners.