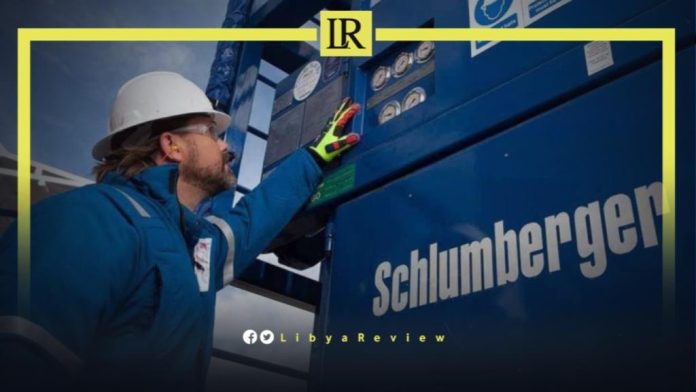 The Chairman of the Sirte Oil and Gas Production Company, Mohamed Al-Fantari received a delegation from US oil company, Schlumberger. They discussed the expansion of the energy company’s operations in Libya.

The Sirte Company said in a statement on Thursday that the meeting discussed aspects of “constructive cooperation,” according to the statement. The two sides held talks about “expanding fruitful cooperation to resolve surface equipment problems and their positive impact on increasing production capacity.” They also reviewed emissions and radiation reduction.

The meeting is part of the “continuous communication between Sirte and Schlumberger, according to the statement. The meeting aims to overcome obstacles and difficulties facing the implementation of joint projects between the two companies,” the statement concluded.

Notably, the Chairman of Libya’s National Oil Corporation (NOC), Farhat Bengdara said that they have agreed with Italy’s Eni and the British Petroleum Company (BP) to begin extracting natural gas from an offshore gas field, believed to be bigger than Egypt’s Zohr field.

In statements to Skynews Arabia on the sidelines of an industry conference in Abu Dhabi, Bengdara said that Eni will invest $8 billion dollars to develop natural gas fields in western Libya.