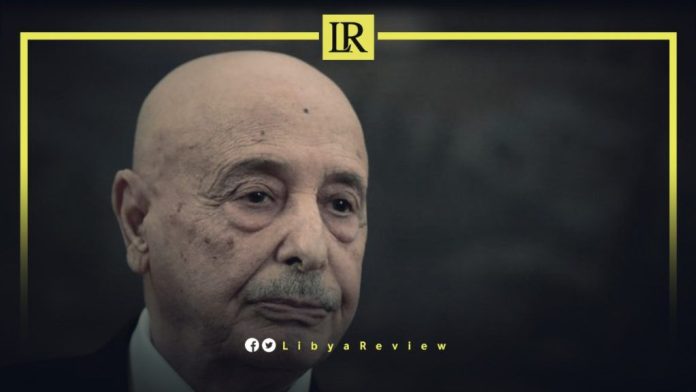 On Monday, 22 Members of the Libyan Parliament called to replace Speaker, Ageela Saleh from his position as Parliament Speaker, and to elect a new speaker from the southern region.

According to the statement, the Advisory Committee of the Political Dialogue Forum in Geneva confirmed that the Presidency of the Parliament should be given to the least densely populated region.

Notably, the Libyan Parliament began a session on Monday, devoted to the law on the unified salary scale for state officials.

Last week, Saleh held a meeting with the Special Representative of the UN Secretary-General, Abdoulaye Bathily.

Saleh and Bathily discussed the latest developments in Libya, and ways to get out of the current impasse and advance the political and security tracks.

They also stressed the importance of paving the way for holding Presidential and Parliamentary elections as soon as possible.

Bathily reiterated his calls for Libyan leaders to come together to accelerate the political process toward elections, and put Libya on the course to peace, stability, and prosperity.