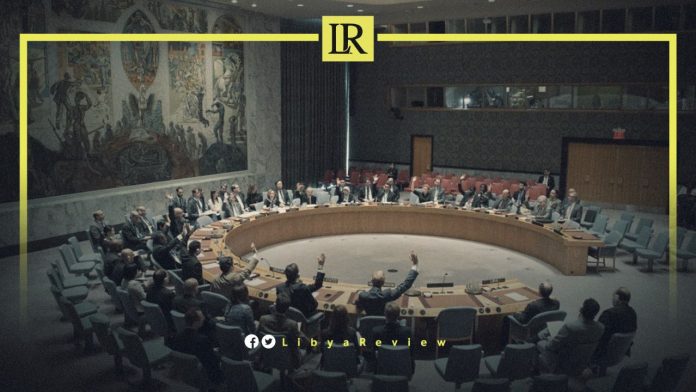 The United Nations Security Council is scheduled to hold a session to discuss the Libyan crisis on 16 December. During the session, UN Special Envoy, Abdoulaye Bathily will brief the council about the situation in the country. His briefing will be followed by consultations with Member States.

Bathily invited international Special Envoys to Libya to a meeting in Tunis on Thursday. This is to discuss developments in the country, before submitting his briefing to the Security Council in its next session on Libya. The Envoy also urged all Libyan institutions, including the Presidential Council, the Parliament, and the High Council of State (HSC) to engage in dialogue, and for the acceleration of ongoing peace efforts.

He called on Libyans “from all walks of life and from all regions of Libya, as well as public institutions, including the Presidential Council, Judiciary, and Security Institutions, to make their voices and concerns heard through democratic and transparent procedures in a concerted effort to end the current deadlock.”

He said that the people of Libya, “deserve the opportunity to cast their ballot and chose their future leaders.”

“Since my arrival in Libya, I have called on political actors to accelerate discussions on the way forward in the political process, and to create the conditions for the holding of free and fair elections, on the basis of a sound constitutional basis. I have strongly encouraged Libyan leaders to hold meetings inside the country, which would send a strong signal to the population that they have the country’s interests at heart. Most meetings between Libyan actors should take place on Libyan land, as it is the most adequate venue for deliberations among the citizens at all levels,” Bathily said.

The UN Envoy added that he was “pleased to hear that the Speaker of the Libyan Parliament, Ageela Saleh, and the Head of the HCS, Khaled Al-Mishri had agreed to a meeting under UN auspices, in the city of Zintan, on 4 December. This is with the sole purpose of setting in motion a process towards the holding of elections, including the finalisation of the constitutional basis.

He explained that “for logistical reasons beyond our control, this important meeting for the resumption of the political dialogue between the Parliament and the HCS cannot take place in Zintan.”

In a statement published by the UN Mission (UNSMIL), Bathily urged the Parliament and the HCS to agree on a mutually acceptable location and date for their meeting. He noted that the meeting should “come up with concrete, implementable, and timebound proposals for a consensual way out of this crisis.”