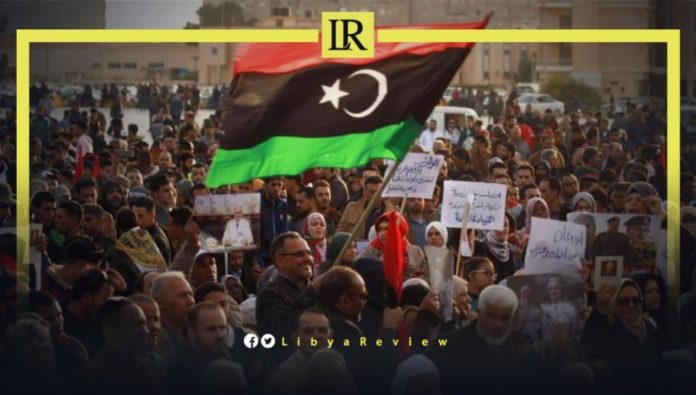 A Libyan politician said that the statements by US Secretary of State, Antony Blinken after the extradition of the Libyan suspect in the Lockerbie bombing “shed light on the Western interference in Libyan affairs.”

The politician – who requested anonymity –told Al-Sharq Al-Awsat newspaper that “there is a remarkable diversity in the activities of the embassies of the United States, France, Italy, and Germany. Those embassies increased their social activities in Libya, in addition to playing a role in the political issue, through intensive meetings with leaders of the executive authority and tribal social components.”

Several Libyan politicians link this diplomatic role to the extradition of Lockerbie suspect, Abu Ajila Masoud, given “what American diplomacy has played.”

“The remarks of Blinken after kidnapping the Libyan citizen, Abu Ajila Masoud, prove how Libya has been suffering from this {interference} for a decade,” he said. He also raised a question about the limits of foreign embassies’ interference in internal affairs.

Blinken appreciated the efforts of the US Department of Justice “for its tireless work in the pursuit of Abu Ajila.”

The politician believes that “most of the foreign Ambassadors in Libya work for the agendas of their countries, far from the norms of diplomacy. Everyone wants to take advantage of the weakness and fragmentation that our country is experiencing.”

“France is devoting its efforts in southern Libya, under the pretext of combating terrorism. Likewise, the United States Africa Command (AFRICOM) does not stop penetrating our skies, by monitoring and monitoring,” he claimed.

He pointed out that the new French Ambassador, Mostafa Mihraje, “is exerting remarkable activity; However, questions remain about his recent meeting with a delegation of tribal leaders from western, northern, and southern Libya.”

The politician believes that the efforts made by the US Ambassador to Libya, Richard Norland, with the Dbaiba administration resulted in the handing over of Abu Ajila to the FBI.

“They are all seeking to take our oil gains, and the acquisition of the remaining balances of Libyan funds abroad, under the pretext of compensating their victims,” he concluded.