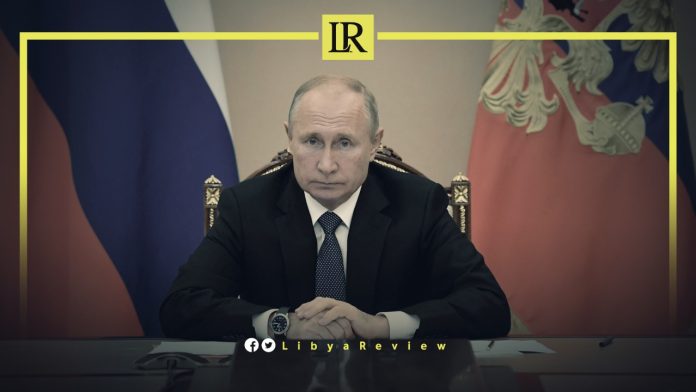 Aganin is a Russian diplomat and former journalist who headed Russia Today’s Arabic news service from 2007 to 2011. He also served as the Representative of the Russian Federation to the Palestinian National Authority.

Furthermore, the Russian official served as a diplomat in Jordan, Iraq, and the US.

In November, the Special Envoy of Russia’s President to the Middle East and Africa, Mikhail Bogdanov said that Moscow will soon reopen its Embassy in Libya.

Russia relocated its Embassy to neighbouring Tunisia in 2014, after it came under attack in October 2013. This forced Moscow to withdraw its diplomatic staff from Libya.

In August, the Russian Foreign Minister, Sergey Lavrov and his Libyan counterpart, Najla Al-Mangoush discussed the prospects for resuming economic projects, which were suspended a decade ago.

During the talks, the two paid special attention to the resumption of the work of the Intergovernmental Committee. As well as the activities of Russia’s Tatneft and Gazprom energy companies, and the Russian Railways projects in Libya.

In October, the Permanent Representative of Russia to the United Nations warned that the “continuation of dual power in Libya will lead to more instability.” He stressed the need to “activate the role of the United Nations Support Mission in Libya (UNSMIL) after appointing a new head for it.”

In his speech before the UN Security Council session on Libya, the Russian diplomat said that UNSMIL was forced to “work without leadership and a UN Envoy for several months.” He noted that “this situation had a non-positive role in the process of reaching an acceptable way out of the crisis.”

Notably, Libya has been in chaos since a NATO-backed uprising toppled longtime leader Muammer Gaddafi in 2011. The county has for years been split between rival administrations, each backed by rogue militias and foreign governments.