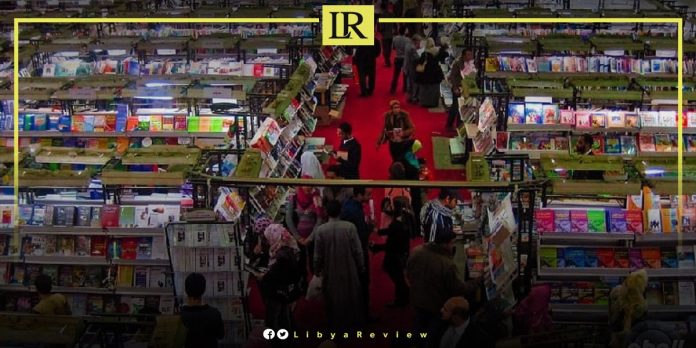 The Egyptian Ministry of Foreign Affairs suspended Libya’s participation in the Cairo International Book Fair, due to the request of the Libyan Government-designate to participate instead of the delegation of the outgoing Government of National Unity (GNU).

The Head of the Libyan Publishers Union, Ali Owain, confirmed in a press statement that the management of the Cairo International Book Fair had referred the dispute to the Egyptian Ministry of Foreign Affairs, which issued a decision to stop the Libyan participation.

Last September, the Egyptian delegation headed by Foreign Minister Sameh Shoukry decided not to participate in the consultative Arab countries’ Foreign Ministers meeting that was held on the sidelines of the 77th UNGA.

According to the Cairo 24 website, Shoukry refused to attend the meeting to express his country’s objection after Libyan Foreign Minister, Najla Al-Mangoush, assumed the presidency of the meeting.

Shoukry left the Arab Foreign Ministers meeting held earlier this month at the headquarters of the Arab League in Cairo. This was during the opening session of the Arab League’s 158th Ministerial Council session, after Al-Mangoush assumed the presidency of the meeting.

A video from the Arab League meeting showed the withdrawal of Shoukry and his advisers.

Al-Mangoush commented on the departure, telling reporters, “we respect the position of the Egyptian Minister, but it is against the norms of the League of Arab States and Security Council resolutions, and we do not agree with him.”

She claimed that her presence is “internationally supported, as the GNU is the internationally recognised government in Libya, under the Berlin Agreement and the Paris Conference.”

Libya has been in chaos since a NATO-backed uprising toppled longtime leader Moammer Gaddafi in 2011. The county has for years been split between rival administrations, each backed by rogue militias and foreign governments.

The current stalemate grew out of the failure to hold elections in December, and the refusal of Prime Minister Abdelhamid Al-Dbaiba, who is leading the transitional government, to step down. In response, the country’s eastern-based Parliament appointed a rival Prime Minister, Fathi Bashagha, who has for months sought to install his government in Tripoli.