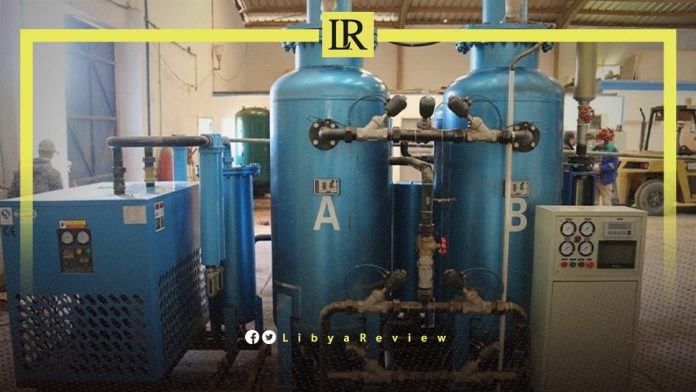 The company explained that the operation was supervised by a team from the Fire Equipment Maintenance Department at the Ras Al-Minkar (Benghazi) Warehouse. The assembly and preparation took 30 days to complete, and start operations.

Gas tanks with a diameter of 20 meters, long-distance liquefied gas transmission lines, and all other isolation processes have been disinfected with a product purity of more than 99%, following international quality specifications.

The company based in Benghazi said that the product “contributes to saving expenses and financial expenses for its purchase.” It confirmed that this step “is an achievement that better announces new beginnings, raises the level of work efficiency, and contributes to reducing costs.”

In December, the Global Energy Monitor (GEM) stated that Libya has the second longest network of operating gas pipelines, at 6,243 km.

Regarding the construction of regional gas pipelines, the same report noted that Africa has a total of 23,932 km of gas pipelines under development.

The report highlighted that significant gas pipeline projects under construction include the Trans Nigeria Gas Pipeline, which when completed will run from the Qua Iboe Gas Terminal to Kano Gas Terminal. From there, it will connect with the current Trans-Sahara Gas Pipeline. planned for the export of natural gas to Europe.

According to the report: “Power generation in Africa is dominated by natural gas, which accounts for 40% of total generation in 2020. GEM data shows a total of 109,242 MW for power generation plants. Most of these plants are in North Africa. In 2021, the African Energy Commission reported that, with the exception of Angola, all African countries that produce gas, use it for electricity generation.