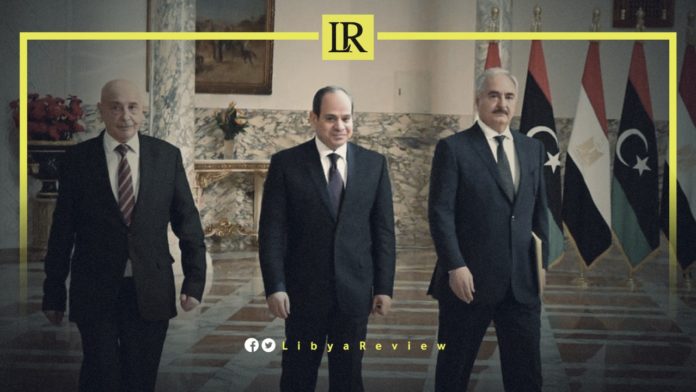 Spokesman for the Egyptian Presidency, Bassam Radi said that they discussed the latest developments in Libya. As well as the distinguished relationship between the two neighbours.

The meeting confirmed that the stability of Libya at the political and security levels, is a part of Egypt’s national security.

The President reiterated his rejection of foreign interference in the country, which “aims to implement its own agendas at the expense of the Libyan people.” He stressed the importance of withdrawing all foreign forces and mercenaries from Libyan territory.

In turn, the two Libyan officials expressed their appreciation for Egypt’s role in Libya. They praised the Egyptian contribution to the unification of the LNA, and welcomed Egyptian expertise in benefitting Libya.

Haftar and Saleh confirmed their keenness to strengthen the security track, by having all foreign forces withdraw from Libya. This would “enable security institutions to carry out their responsibilities, and contribute to restoring security and stability throughout the country.