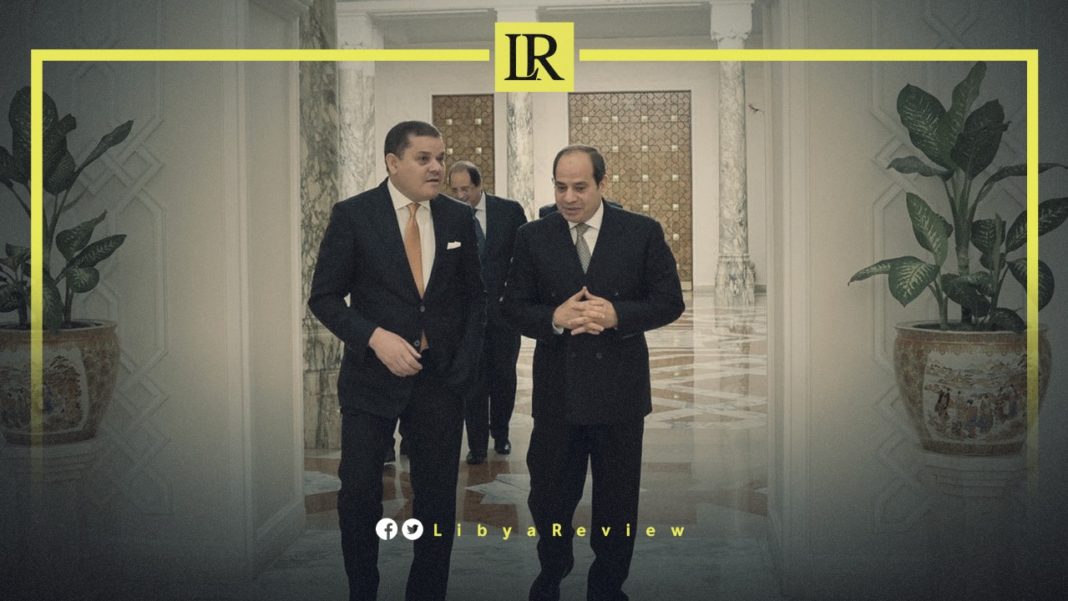 El-Sisi stressed the need for Libya to hold general elections on 24 December, as scheduled. He also confirmed Egypt’s firm stance towards respecting Libyan sovereignty and preserving its territorial integrity, calling for the unification of the Libyan Army.

“President El-Sisi expressed his rejection of all forms of foreign interference in Libyan internal affairs,” the Egyptian Presidency said in a statement following the meeting. The President also praised the efforts of the GNU in improving basic services and living conditions in the country.

In turn, Dbaiba valued Egyptian efforts to stabilize Libya, and ensure peace and stability. He also discussed cooperation with Egypt in reconstruction and development.

In February, Dbaiba visited Cairo and held talks with El-Sisi. President El-Sisi promised to provide “all expertise to serve Libya, and to continue cooperation in services, restoring security, and development.” He also expressed his support for the new Libyan administration led by Dbaiba.

The President reiterated that Libya’s stability is an integral part of Egypt’s national security, pointing out that he was confident that the GNU would control the situation in Libya.

“The Dbaiba government will prepare the ground for elections in which Libya will hand over leadership chosen by the Libyan people, through their own free will. Here, we are facing the end of a chapter of conflict that has spanned about ten years,” President El-Sisi noted in February.

Egyptian Prime Minister, Mostafa Madbouly had previously said that diplomatic ties with Turkey could be restored this year if outstanding issues are overcome. One of these issues concerns the end of foreign meddling in Libya’s internal affairs.

During an interview with Bloomberg on Thursday, Madbouly said that the key issue for Egypt remains Turkey’s involvement in Libya.

The Egyptian Prime Minister explained that no other countries should be physically interfering in Libya.

He noted that Egypt is working to help Libyans reach their goal of deciding their own future. “We prefer to leave Libyans to decide their future by themselves.” Read more here