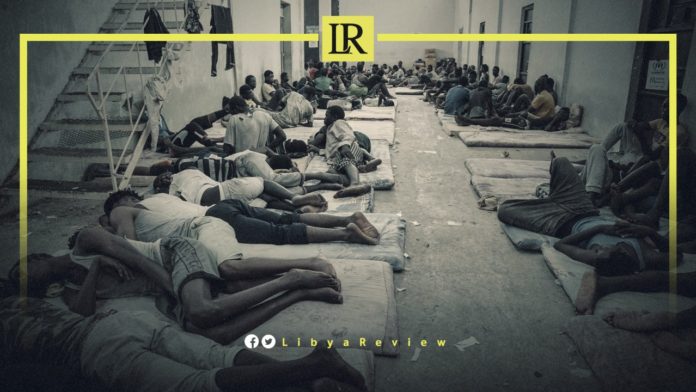 On Saturday, the spokesperson for the International Organization for Migration (IOM), Safa Msehli, expressed concerns over the disappearance of thousands of Europe-bound migrants who were intercepted and returned to Libya this year.

In a statement, the IOM spokesperson said that the Libyan coast guard intercepted more than 24,000 Europe-bound migrants in the Mediterranean so far this year, including over 800 this week alone.

“However, only 6,000 have been accounted for in official detention centres in the North African country”, she said. “The fate and whereabouts of thousands of other migrants remain unknown,” she added.

“We fear that many are ending up in the hands of criminal groups and traffickers, while others are being extorted for release,” Msehli noted.

Libya has been suffering from insecurity and chaos since the fall of late leader Moammar Gaddafi in 2011, making the North African nation a preferred point of departure for thousands of migrants wanting to cross the Mediterranean towards European shores.

Rescued migrants end up inside overcrowded reception centres across Libya, despite repeated international calls to close those centers.

Those returned to shore have been taken to government-run detention centres, where they are often abused and extorted for ransom under the very nose of United Nations (UN) officials.

Libya’s government receives millions of dollars in European aid money paid to slow the tide of migrants crossing the Mediterranean, according to the Associated Press (AP).

Guards have been accused of sexually assaulting female migrants in at least one government-run detention centre. Many migrants also simply disappear from the detention centers, sold to traffickers or to other centres, the AP reported in 2019.