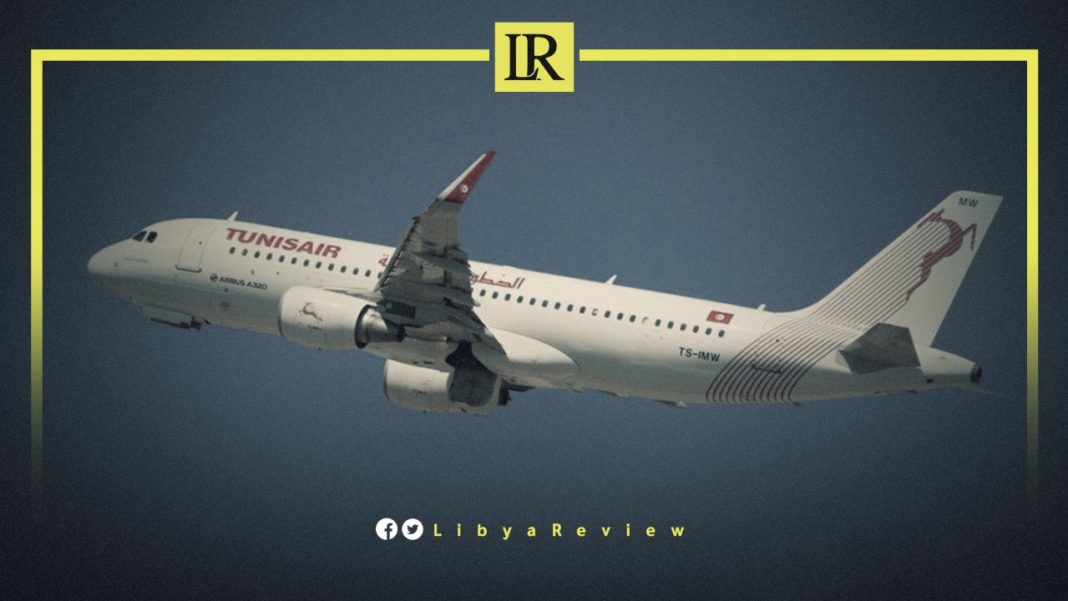 On Saturday, the Tunisian National carrier, Tunisair, announced the resumption of its flights from Tunis Carthage airport to Tripoli-Mitiga and Benghazi airports in Libya starting September 23rd.

In a statement, the Tunisian airline recalled the obligation for passengers to comply with the agreed upon health protocol.

The resumption of Tunisair flights to Libya follows the presidential decision to reopen border crossings with Libya.

On Thursday, Tunisia’s President, Kais Saied ordered that the borders with Libya, which had been closed because of the COVID-19 pandemic, to reopen on Friday.

This came during a meeting with the Tunisian Foreign Minister, Othman Al-Jarandi, Interior Minister, Reda Gharslawi, and Health Minister, Ali Merabet, where the President was briefed on the outcomes of the Tunisian-Libyan joint security and health ministerial committees meetings.

The decision to reopen the border follows a visit last week by Libyan Prime Minister, Abdelhamid Al-Dbaiba to Tunis, after growing friction over the border and other issues.

Saied further called for respecting the health protocol put in place, emphasizing that other measures could be announced following the evaluation of the epidemiological situation.

Border crossings have been closed since the 8th of July due to the outbreak of the mutated Delta strain of the COVID-19 virus in Libya. The government announced it was closing its borders with Tunisia for a week due to the rise of cases in the country, a government spokesman said. The decision came as a precautionary step to what the government described as “worsening situation and collapsed health system.”