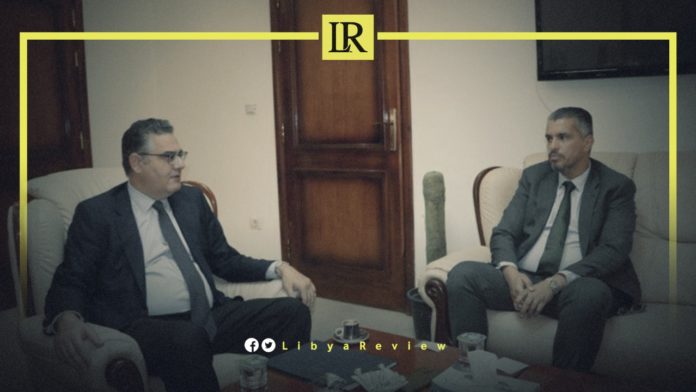 On Monday, the Undersecretary of the Libyan Ministry of Transportation and Maritime Transport, Wissam Al-Idrisi met with the Chargé d’Affairs of the Greece Embassy in Libya, Ioannis Stamatekos.

During the meeting, they discussed several areas of cooperation including in maritime transport, and aviation. As well as investment opportunities, such as port development and equipment.

The meeting was attended by the Director of the Technical Cooperation Office at the Ministry, and the International Relations Adviser.

During the talks, the Greek FM reiterated the importance of holding free and fair elections in Libya as scheduled. He stressed the need for the immediate withdrawal of all foreign forces from the country. Dendias also expressed his readiness to assist in the stabilization, and reconstruction of Libya.

In turn, Al-Mangoush hailed Greece’s support for Libya’s Presidential Council and Government of National Unity (GNU). She also confirmed the depth of the existing cooperation between the two countries and discussed ways to further strengthen and develop them.

In August, Al-Mangoush held a meeting with Stamatekos, who said that the embassy will soon begin issuing visas to Libyan applicants.