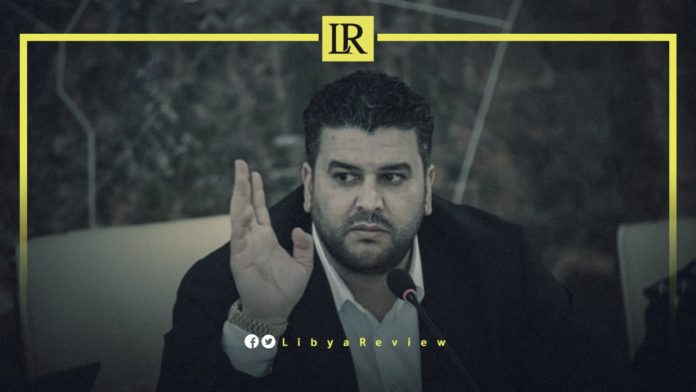 The Libyan Undersecretary of the Ministry of Interior for Technical Affairs, Faraj Qaim, accused the Prime Minister of the Government of National Unity (GNU), Abdelhamid Al-Dbaiba of favouritism and bias in the selection of some Officials.

In remarks to the Libya’s news outlet Al-Marsad, Qaim said Al-Dbaiba is conducting electoral propaganda at the expense of the Libyan people. He alleged that the Prime Minister does not want to hold elections in the first place and is concentrating all power under his control.

Qaim said he accepted the invitation of the First Deputy Prime Minister, Hussein Al-Qatrani, to attend the meeting of the government with the representatives of the eastern region.

Qaim added that they will demand the right of all cities and regions, as stipulated in the political agreement “that the government did not adhere to,” as he put it.

“Prime Minister Al-Dbaiba is conducting electoral propaganda at the expense of the Libyans and using their money for elections that he does not want to be held now,” Qaim told Al-Marsad news.

“Al-Dbaiba and those around him are trying with all their might to thwart the December elections,” he added.

Qaim claimed that Prime Minister Al-Dbaiba withdrew all the powers of the Cabinet offices in the eastern region and deprived it of all capabilities. “The government has not yet achieved any real achievement on the ground,” he continued.

He accused Al-Dbaiba of not considering the geographical division in the distribution of positions for security and military attaches, as stipulated in the political agreement that was under the auspices of the United Nations (UN). “We did not find a real intention to build a security and military institution,” he said.

“The Prime Minister’s appointments to external companies are made through personal relationships with his friends and close associates without consulting the Cabinet, and some of those appointed are suspected of corruption,” he noted.

The Undersecretary of the Ministry of Interior also added that Al-Dbaiba is not acting as the Prime Minister of the “unity” government, explaining that there is favouritism in assuming positions.

“All that is there are promises and an “acoustic and media phenomenon,” he concluded.