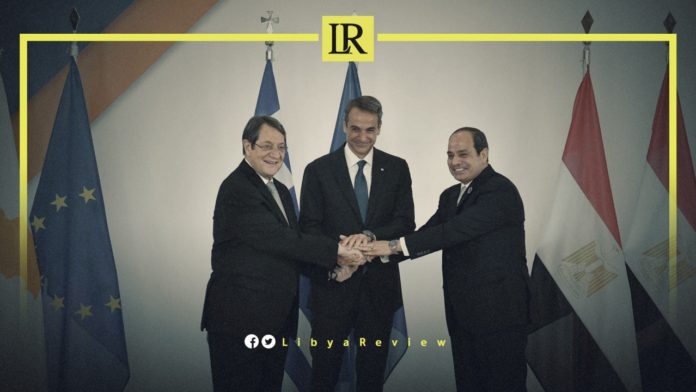 On Tuesday, Turkey denounced the joint statement by Egypt, Greece, and Cyprus, after the three countries’ leaders called on Ankara to withdraw its forces from Libya.

In a statement commenting on the tripartite summit by the Turkish Foreign Ministry, Ankara accused the three neighbouring states of being responsible for the instability of Libya by supporting “illegal groups.”

It added that the three countries are now targeting the memoranda of understanding signed by Ankara with the “legitimate” Libyan government in November 2019, according to the statement.

On Tuesday, Egyptian President, Abdel-Fatah El-Sisi stressed that the three countries agreed to move forward in the political process in Libya, in order to hold the Presidential and Parliamentary elections in December. He also emphasised the importance of the departure of all foreign forces from the country.

Notably, President Anastasiades stated that he held the same vision on Libya to his Egyptian counterpart. He highlighted the need for elections to be held, and for foreign forces to withdraw. He further praised Egypt’s role in ensuring stability in the region, and its mediation role between Israel and Palestine.

Libya has been wracked by chaos since a NATO-backed uprising toppled longtime ruler Muammar Gaddafi in 2011. A 2019 assault on Tripoli by Field Marshal Khalifa Haftar, Commander of the Libyan National Army (LNA) resulted in the introduction of mercenaries into Libya’s civil war.

The October ceasefire agreement between rival eastern and western governments, after United Nations hosted talks, led to a transitional government taking office in March. This is set to usher the country towards elections at the end of this year.