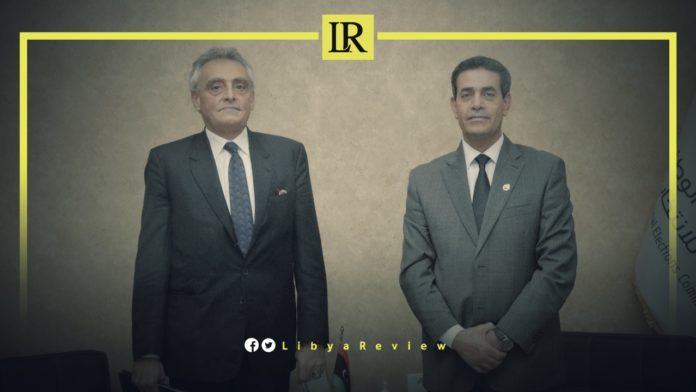 On Thursday, Italian Ambassador to Libya, Giuseppe Buccino, met with the Head of Libya’s High National Electoral Commission (HNEC), Emad Al-Din Al-Sayeh in Tripoli. They discussed the latest developments regarding the upcoming elections.

During the meeting, Buccino praised “the plan announced by the commission to implement the Presidential and Parliamentary elections simultaneously, and to make the nomination forms available to candidates.”

The Italian Ambassador also hailed the commission’s efforts to “complete technical and logistical issues, in order to move towards implementing the elections on time.”

On Sunday, Al-Sayeh announced the registration for candidates in Libya’s Presidential and Parliamentary elections will open in November.

During a press conference on Sunday, he confirmed that the first round of the Presidential elections will be on 24 December, while the second round will take place simultaneously with the Parliamentary elections, “which will then be held at a later date.”

Recently, the Italian Foreign Minister, Luigi Di Maio stated that the stability of Libya would ensure the safety of Europe. He also stressed the need to ensure peace and development in the country.