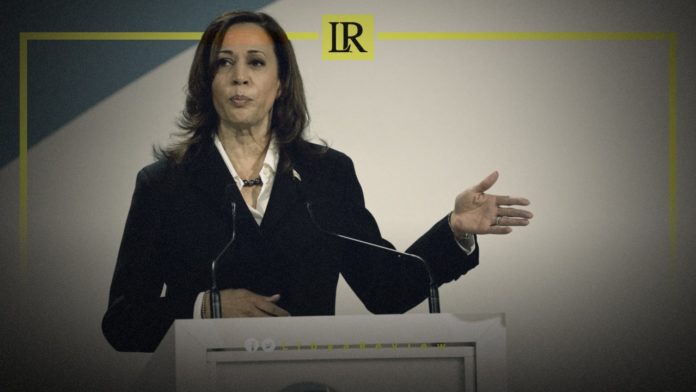 Kamala Harris, the United States (US) vice-President, has provided her support to a plan to stage unprecedented parliamentary and presidential elections in Libya next month.

During her participation at the Paris Conference on Libya, she confirmed that the US is committed to working diplomatically to promote a more stable, democratic, and equitable Libya.

“Today at the Paris Conference on Libya, I discussed how we are working to help Libyans. The US is committed to working diplomatically to promote a more stable, democratic, and equitable Libya,” the US vice-President said in a tweet.

The final communique of the Paris International Conference on Libya has called for holding the election in the North African country as scheduled on December 24th.

They praised the progress that has been made towards restoring peace and stability in Libya since the first Berlin Conference, through the signing of the ceasefire agreement on October 23rd, 2020, the adoption of the Libyan political road map in Tunis on November 15th, 2020, and approval of the transitional government of the national unity on March 10th, 2021.

The participating countries reiterated their commitment to the success of the Libyan political process, full implementation of the ceasefire agreement signed on October 23rd, 2020, and holding presidential and legislative elections on December 24th, 2021, under the Libyan political road map and resolutions 2570 and 2571 issued by the Security Council, and the conclusions of the Second Berlin Conference.

The statement also commended the commitment of the Presidency Council and the interim Government of National Unity (GNU) in Libya to ensure the success of the political transition by holding presidential and legislative elections on December 24th, 2021, and implementing the ceasefire agreement through a comprehensive action plan for the withdrawal of mercenaries, foreign fighters and foreign forces from Libyan territory.

The Paris International Conference is organized in in support of the implementation of a Libyan-led and owned political process facilitated by the United Nations (UN), leading to a political solution to the Libyan crisis.

The participants reaffirmed their full respect and commitment to preserving Libya’s sovereignty, independence, territorial integrity and national unity, and their rejection of all foreign interference in the Libyan affairs.

They warned that individuals or entities inside or outside Libya that may attempt to obstruct, undermine, or fraud the electoral process will be held accountable and may be included in the list of the United Nations (UN) Sanctions Committee.