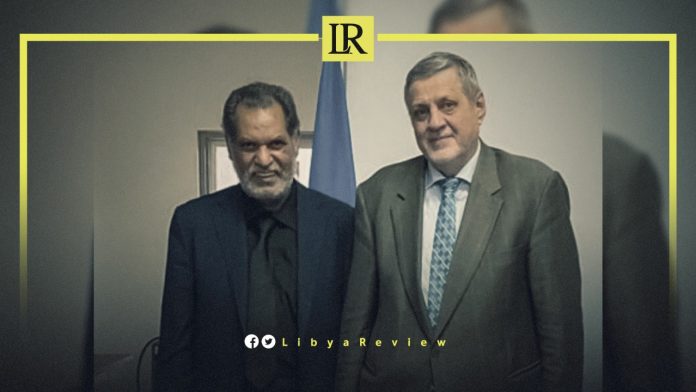 On Wednesday, the Head of United Nations Support Mission in Libya (UNSMIL), Jan Kubis confirmed that the UN urged the Libyan people to participate in the upcoming elections, scheduled for 24 December.

During his meeting with Omar Abu Sherida, a representative of Saif Al-Islam Gaddafi, Kubis said that UNSMIL rejected political exclusion and isolation. He stressed that harsh sanctions will be imposed against those who attempt to spoil the Libyan Presidential and Parliamentary elections.

“December Elections are a final option and there is no solution to the Libyan crisis without it,” pointing out that “achieving national reconciliation and ensuring the participation of all political currents is a necessity.”

“We have discussed the malicious obstacles that Saif Al-Islam is facing, which is a continuation of the culture of political isolation,” Abu Sherida

Earlier this week, it was reported that Gaddafi’s legal team planned to file an appeal with the judicial authorities to challenge the decision to exclude him from the elections. This is on the grounds that he did not meet the conditions for candidacy.

In press statements, Attorney, Khaled Al-Ghuwail said that the commission’s decision, which was based on Article 10 of the Presidential Election Law, constitutes a legal violation and does not apply to Gaddafi. He stated that no final judicial ruling was issued against his client for any felony or crime as evidenced by his criminal record, which does not include any precedents.

He also indicated that an appeal against Gaddafi’s disqualification would be submitted to the judicial committees concerned with electoral appeals, describing the exclusion of his client as a “political decision.”

“The battle is still on, and Libyans will fight with all their might to defend their candidate’s right to run,” Al-Ghuwail said.