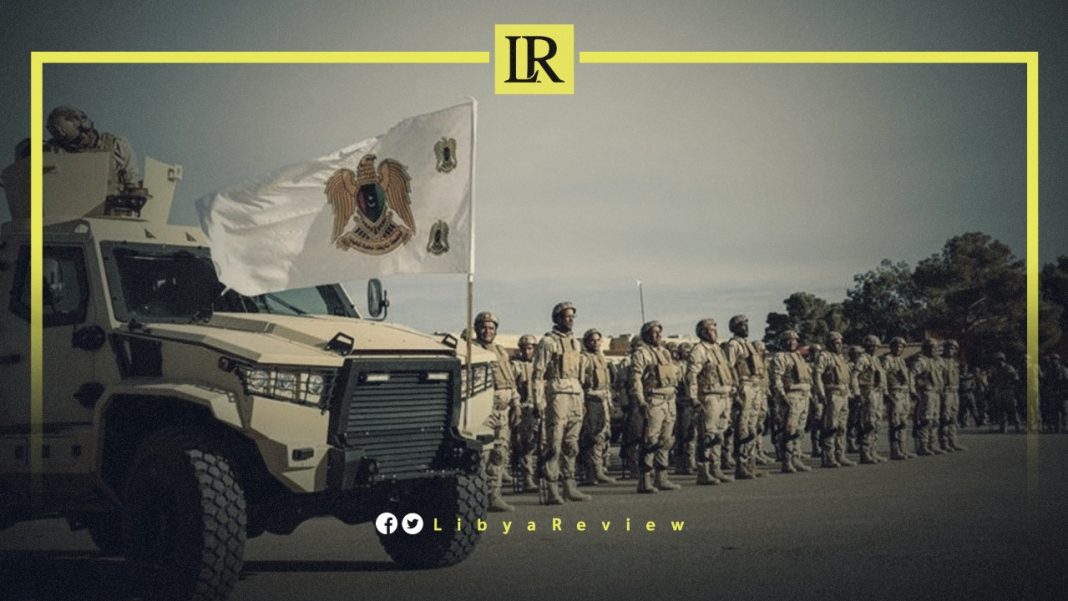 The Libyan National Army (LNA) has begun “a wide and comprehensive military operation in the south of the country to impose security, the Commander of Southern Operations and the Sebha Military Region, Major General Al-Mabrouk Sahban said.

The Libyan Commander added that, the first phase of the military operation will target all violators participating in random construction, drug trafficking, smuggling, illegal immigration, and armed groups.

The second phase is set to target illegal fuel stations, which distribute smuggled fuel at exorbitant prices. The phase will not start until fuel is available at all stations licensed by the Libyan state.

In an interview with Al-Ain News, he added that they are showing great interest in the Murzuq Basin. As several meetings have been held for a comprehensive settlement between the parties of the city.

On Thursday, the Libyan Army announced that it has closed its southern borders with Chad and Sudan until further notice, according to the Subul Al-Salam Brigade.

The brigade called on vehicle and truck drivers to abide by this decision, “to preserve their safety at the present time.”

On Wednesday, Kingabe Ogouzeimi de Tapol, a Spokesman for the Front for Change and Concord in Chad (FACT), said that many Chadian rebels are still present in Libya.

In an interview with the Italian news agency, Nova,
De Tapol said that “they understand the need to return. In the past, we were in Libya to fight ISIS, but today we know that we must go back to our country.”

De Tabol stressed that Chadian militants “are not present in Libya to support one party against another.”