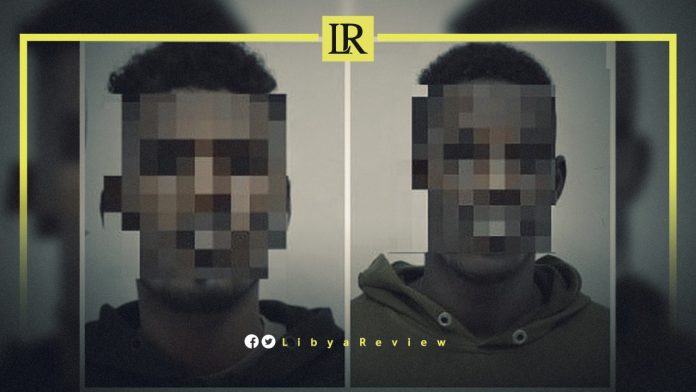 On Sunday, the Souani Criminal Investigation Department announced that it had arrested two Chadian nationals accused of killing a Libyan citizen.

“The Criminal Investigation Department arrested two Chadians pending the case of intentional murder, and possession of a weapon without a license,” the department’s statement read.

It added that the two defendants killed the Libyan victim with a Kalashnikov rifle. Two Kalashnikovs, and an FN rifle were found in their possession.

Libya fell into chaos in 2011 after a NATO-backed uprising, which toppled long-time Libyan leader Muammar Gaddafi. Militants in conflict-ridden neighbouring countries have moved to Libya to work as mercenaries or human traffickers.

In October 2021, Sudanese Foreign Minister, Mariam Al-Sadiq Al-Mahdi confirmed the presence of Sudanese mercenaries in Libya. She stressed that the responsibility of the Sudanese government lies in ensuring that those fighters do not pose a threat to Libyan stability.

Al-Mahdi pointed out that her government has reached joint security mechanisms that enjoy broad international and neighbouring support. She noted that this was set by Libya’s 5 + 5 Joint Military Committee (JMC), highlighting the existence of a plan with a clear timetable to withdraw the Sudanese fighters.

The FM explained that the JMC, and the Sudanese security services will discuss methods of returning the Sudanese mercenaries.