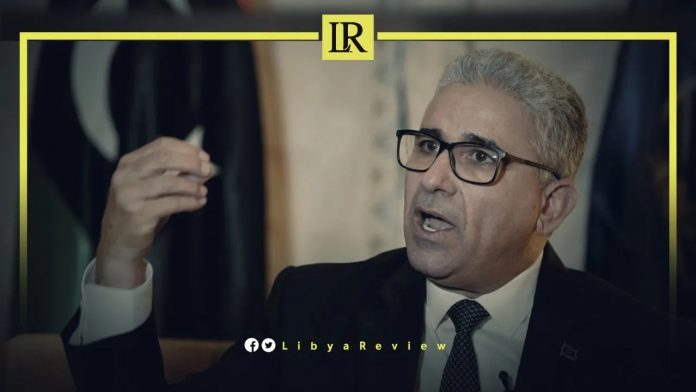 On Thursday, Libya’s Prime Minister-designate, Fathi Bashagha welcomed the recent meeting of the United Nations Security Council, which discussed the latest developments in the Libyan crisis.

In a statement, Bashagha stressed that any initiatives aimed at holding legislative elections in certain regions, while ignoring others will “create a state of division and fuel strife among the population.” He indicated that the elections cannot take place, in light of the current divisions and conflicts.

On Wednesday, the UN’s Political Chief, Rosemary DiCarlo called for elections as soon as possible, to unify the oil-rich North African nation.

DiCarlo told the Security Council she is encouraged by support for a UN initiative to convene a joint committee from the Libyan Parliament, and High State Council (HCS) with a goal of reaching an agreement “on a constitutional basis that would lead to elections this year.”

She warned that the continuing standoff over “executive legitimacy” could again lead to two parallel administrations, “instability and possibly unrest and deal a severe blow to the prospect of elections.” She also called for ending the suspension of flights between the east and west of the country.

“We remain convinced that credible, transparent, and inclusive elections based on a sound constitutional and legal framework are the only solution to the current stalemate,” she noted.

MP’s argued that the incumbent PM, Abdel-Hamid Dbaiba’s mandate expired when the elections failed to take place. Dbaiba warned that the appointment of a new interim government could lead to war and chaos in the country. He renewed his pledge to only hand power over to an elected government.

Libya plunged into chaos after a NATO-backed 2011 uprising toppled longtime leader Muammar Gadhafi. For years, it was been split between rival administrations in the east and the west, each supported by an array of militias and foreign governments.