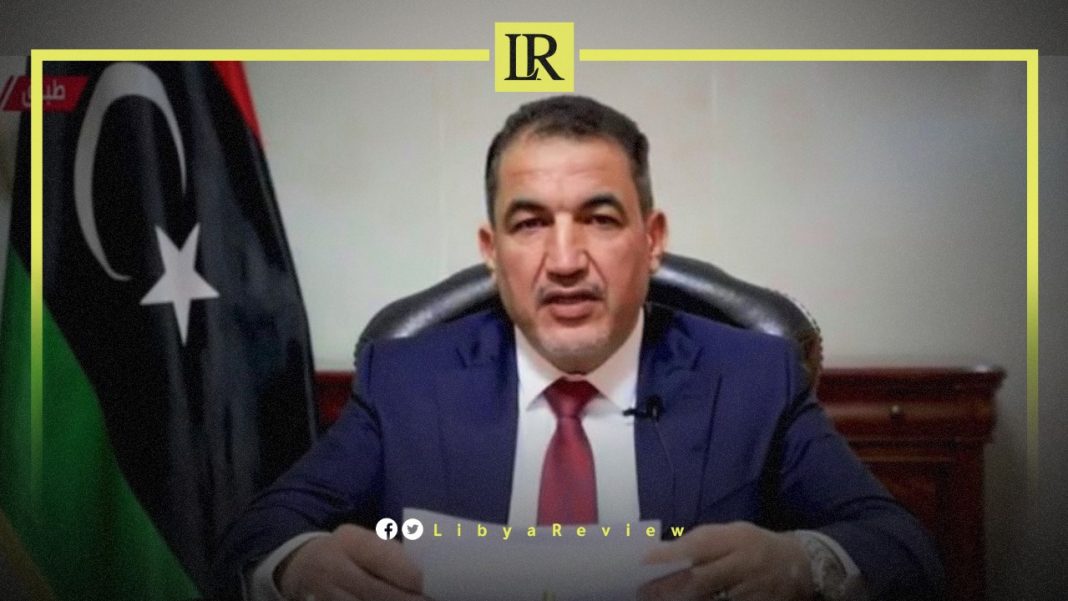 Libya’s Interior Minister, Issam Abu Zreba called on all ministers of the outgoing Government of National Unity (GNU), to hand over their offices “smoothly.”

According to the Interior Ministry’s statement, Abu Zreba described the handover of power to the new government as “a service to the homeland and the citizen.”

The Minister also welcomed the handover to the two Vice-Presidents of the new government in the east and south. As well as a number of ministers, the headquarters of the Cabinet Office in the city of Sabha, so that the government can begin its work from the city.

On Tuesday, Deputy Prime Minister-designate for Fezzan, Salem Al-Zadma announced that the government has received the headquarters of the Cabinet Office in the Southern Region.

In a televised speech, Al-Zadama confirmed the commitment of the government, headed by Premier Fathi Bashagha to the country’s political roadmap approved by the Libyan Parliament. This aims to hold Presidential and Parliamentary elections on a constitutional basis, and to end the transitional phase.

He also pledged that the government would devote efforts to, “protecting the national constants represented in ensuring Libya’s unity, stability, and sovereignty. In addition to working to enhance social reconciliation in southern Libya.”

The Deputy PM noted that “this will be a prelude to achieving comprehensive national reconciliation, on the basis of restorative justice and combating the practices of administrative and financial corruption in all its forms.”

Al-Zadma vowed to work on giving the southern regions special priority in budgets, development programs, and reconstruction projects to achieve a decent standard of living for its residents.

He confirmed that they will focus on protecting the security of vital and strategic installations, and natural resources in the south. He noted that the Libyan government will also work to enhance joint cooperation with neighbouring countries to put an end to illegal migration, combat terrorist groups, and foreign rebel organizations.

He was accompanied by the Deputy Prime Minister for the east, Ali Al-Qatrani and several ministers of the new government.

The political crisis in Libya is worsening, as tensions between the two rival government have increased. Bashagha called on all Libyan institutions, bodies, and public companies not to deal with the GNU. He stressed the need not to implement any decisions or instructions issued by the outgoing caretaker government.