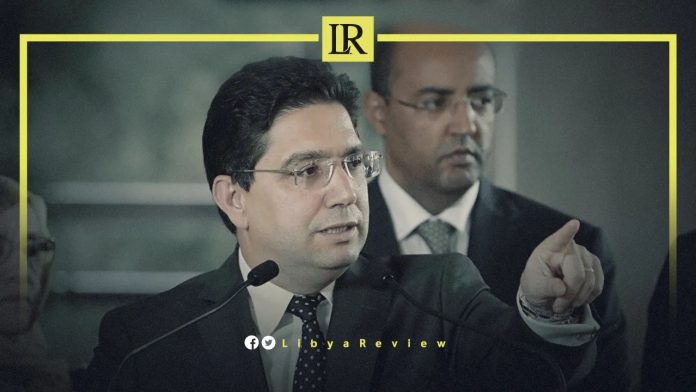 On Wednesday, Morocco Foreign Minister, Nasser Bourita confirmed his “permanent support for the Libyan people in their endeavours towards democratic transition, via free and fair elections as soon as possible.”

These remarks came during Morocco FMs meeting with his Libyan counterpart, Najla Al-Mangoush on the sidelines of the 21st session of the Executive Council of the Community of Sahel-Saharan States (CEN-SAD) in Rabat.

He also affirmed his support for the return of the council to its official headquarters in Tripoli.

“The support of the Kingdom of Morocco to the democratic and peaceful transition in Libya was reaffirmed on this occasion,” Al-Mangoush said in a statement to the press after the talks.

Regarding the elections in Libya, she stressed that the process is underway. As the UN Support Mission in Libya (UNSMIL) is working on establishing a constitutional basis for elections.

Highlighting the importance of the 2015 Morocco Skhirat Agreement in this process, Al-Mangoush noted that elections are scheduled before the end of this year, and that “all parties are working together to organize transparent elections.”

Notably, Libya is currently facing a political crisis after Parliament swore in a new Prime Minister, Fathi Bashagha, to lead a new interim government in February. MP’s argued that the incumbent PM, Abdel-Hamid Dbaiba’s mandate expired when the elections failed to take place.

Libya was meant to hold elections last December, as part of an UN-guided peace process. These were delayed indefinitely, after the parties could not agree on a constitutional basis.