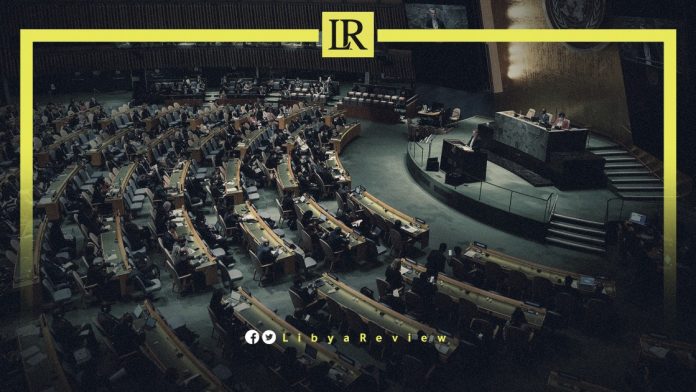 On Thursday, the UN General Assembly suspended Russia from the Human Rights Council, alleging violations in Ukraine. Libya was notably the only Arab country to vote in favour of the draft resolution, with the majority abstaining. This represents a break of diplomatic norms for Libya, which had traditionally friendly relations with Moscow.

The vote raises many questions about the motive of the decision. Is it a manoeuvre by Libyan Foreign Minister, Najla Al-Mangoush to secure US support for the embattled government to stay in power? Or were the instructions issued directly by the US State Department?

Russia is believed to have a considerable sized (unofficial) military presence in the east of the country, through the Wagner private military company. As well as Moscow having supported Field Marshall, Khalifa Haftar’s Libyan National Army (LNA), especially during the 2019 war in Tripoli.

Dbaiba has since refused to cede power, warning that the appointment of a new interim government could lead to war and chaos in the country. He renewed his pledge to only hand power over to an elected government.

Notably, Russia’s permanent representative to the United Nations, Vasily Nebenzya expressed his concern over the postponement of elections in Libya. As well as the presence of two rival governments, noting that this could lead to a resurgence of violence in the North African country.