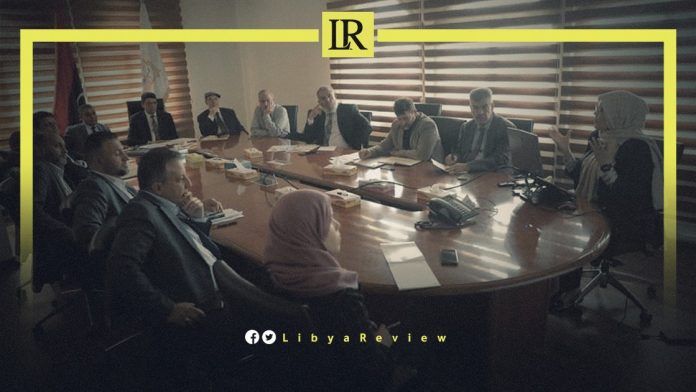 On Thursday, the Head of Libya’s Audit Bureau, Khaled Shakshak discussed providing medical treatment for Libyans in Egypt. As well as the mechanisms for completing the treatment “according to agreements and memoranda of understanding concluded between hospitals and medical centers in Egypt, and the Libyan Ministry of Health.”

During a meeting, the head of the Audit Bureau reviewed the draft procedures for treating patients with spinal muscular atrophy. In addition to taking measures to supply medicine to patients who are unable to undergo surgical intervention.

The Spokesman for the Egypt Ministry of Health, Hossam Abdel-Ghaffar said that Libyan citizens in Egypt will begin receiving treatment soon.

Abdel-Ghaffar confirmed that an agreement is being drafted by the two ministries. In press statements to the economic newspaper Sada, he pointed out that the Egyptian Ministry of Health welcomed the future signing of the agreement with Libya.

Last year, Egypt and Libya signed 14 Memoranda of Understanding (MoUs), and six executive agreements in various fields. This was during the 11th round of meetings of the Egyptian-Libyan Joint Higher Committee.

The MoU’s include one between the Central Agency For Organisation and Administration in Egypt and the Civil Service in Libya, and another to establish a Joint Commercial Committee. As well as an agreement between the Egyptian Industrial Development Authority, and the Libyan Ministry of Industry and Minerals.

Other MoU’s were signed in the fields of agriculture, social solidarity, civil aviation security, oil and gas, counter-maritime pollution, marine search and rescue, housing, construction, and youth and sports.

A number of agreements and MoU’s were inked between the Egyptian private sector, and the Libyan government.

The coalition signed with the Libyan Housing and Infrastructure Board, to complete the Third Ring Road project in Tripoli, and another agreement with the Libyan Transportation Ministry to provide maintenance for the Ajdabiya-Jalu highway.