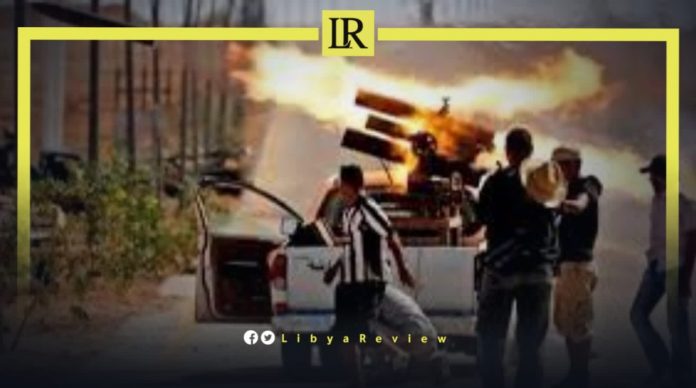 At least one person was killed and over a dozen were injured in Libya following deadly clashes that broke out between armed groups in the city Al-Zawiya, West of Tripoli.

According to press reports, the deadly clashes erupted between two armed groups affiliated with the Ministry of Interior and Defence in the city, after one of the group’s members was killed by some affiliates of the other group.

The Tunis-based Arab Organisation for Human Rights expressed its deep concern of the armed clashes. It said in a statement that the clashes taking place inside populated areas endanger the lives and properties of the residents.

Western Libya continues to suffer from the control of militias, as Tripoli has witnessed a new wave of insecurity and clashes between armed militias. Violent clashes have recently erupted between Al-Far and Ghneiwa, leading to extensive damages to the Al-Zawiya Oil Refinery Complex.