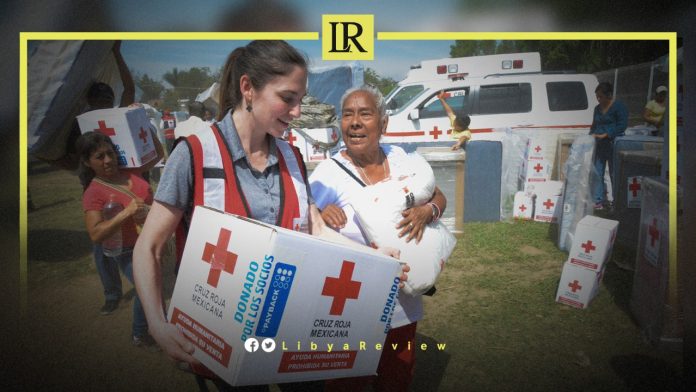 Jenelle Eli of the US Red Cross described the challenges migrants face in Libya, saying it is one thing to hear about torture in Libya, but it is another thing to see the evidence.

“I was shocked at how many people wanted to show me their wounds. I think many just wanted their story to be told and to show that this is happening around the world,” Eli said during the International Migration Review Forum (IMRF).

The IMRF aims to consolidate collaborative action on migration at the local, regional and global level. Libya has also participated at the forum.

Eli shared her recent experiences as part of a crisis response team aboard a rescue ship in the Mediterranean Sea. Eli said that she and her colleagues rescued more than 300 migrants, including women and unaccompanied children from the most dangerous migration journey in the world — from North Africa to Europe.

In February, Pope Francis denounced the “concentration camps” in Libya, where migrants and asylum seekers detained in unsuitable centres.

“In Libya there are concentration camps. It is urgent to rethink about migration policy,” the Pope said in a sermon on Sunday in Rome.

He called on the European Union (EU) to reach an agreement to avoid that the burden of management falls only on some countries.

The Pope recalls the tragedies of migrants crossing the Mediterranean, “which has now become a cemetery.”

Notably, an Italian court has sentenced two men to a 20-year prison term for allegedly detaining and torturing migrants waiting to cross the Mediterranean to reach Italy, in the Zuwara prison in Libya. Both men, identified as citizens of Bangladesh, faced torture charges.

The two Bengali men were found guilty of holding prisoners and torturing migrants in the Zuwara prison in Libya before they embarked on a journey to reach Italy by sea, according to Info Migrants news.

Amnesty International has urged the EU to reverse its migration policy on Libya, saying the approach helps return migrants to “hellish” conditions in the North African country.

In a statement, the international organisation said that more than 82,000 migrants were intercepted and returned to Libya in the past five years since the EU began its cooperation with Libyan authorities to block migrants from reaching European shores, according to the AFP.

Many of those who have been returned to Libya — including women and children — are held in government-run detention centres where they suffer from abuse, including torture, rape and extortion, the group said. Other migrants disappeared, Amnesty added.