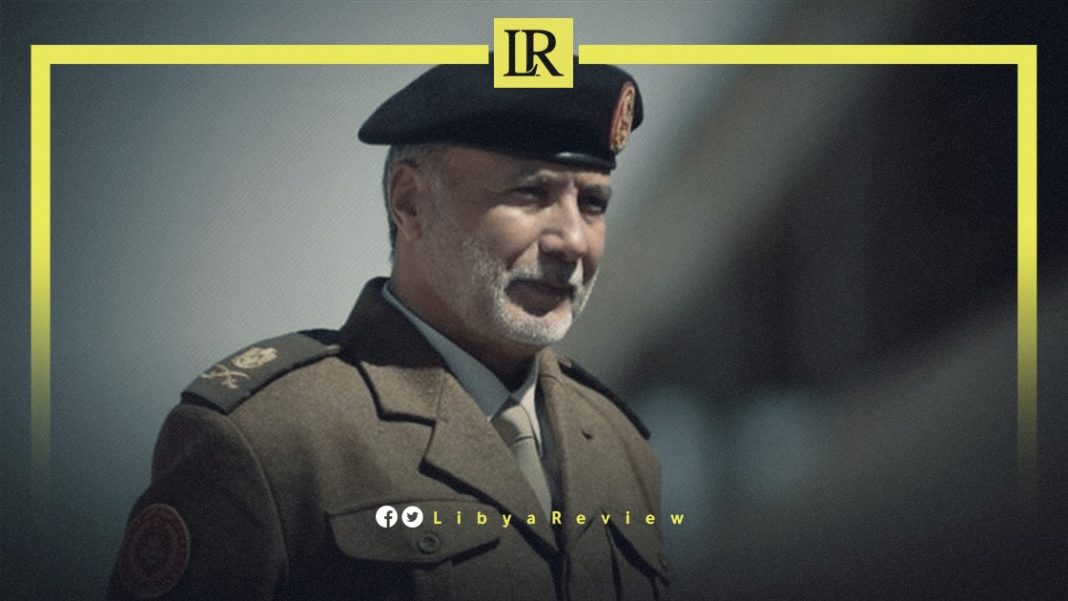 In a statement issued by the Military Information Office, Al-Dbaiba stressed he will deal with these threats to quell sedition.

On Thursday, military vehicles were deployed in the city of Zintan and were heading to the capital, Tripoli. The statement said that the Ministry of Defence is following up the attempts to mobilise the military for the war driven by a partisan political agenda carried out by Al-Juwaili. It is worth noting that Al-Juwaili is still occupying the position of Commander of the Western Military Region of the Presidential Council.

Libya’s Al-Juwaili’s Deputy will serve as acting Head of Military Intelligence, until a successor is named. The decision comes in the aftermath of yesterday’s clashes between pro-Al-Dbaiba militias, and forces loyal to Bashagha in Tripoli.

Violent clashes erupted after Libya’s Prime Minister Bashagha failed to enter the capital. His media office said the Prime Minister left Tripoli hours after his arrival, “to stop the bloodshed and ensure the safety and security of the people.” He had entered overnight, accompanied by allied fighters in the hope of taking over the government headquarters. He was quickly met by opposition from forces aligned with Al-Dbaiba.

Bashagha condemned the armed escalation carried out by militias affiliated with Libya’s GNU in Tripoli. He said he was surprised by the “dangerous military escalation.”

The Prime Minister-designate also denounced the “hysterical behaviour” of the outgoing government. “Their use of weapons is conclusive evidence that it is nationally and morally depraved, and does not have any credibility to hold fair and transparent elections,” he explained.

Bashagha stressed that he is “not seeking power,” but rather his administration is “determined to build a democratic civil state with an elected authority. We want a state governed by law and not governed by violence and chaos, sponsored by the outgoing government.”