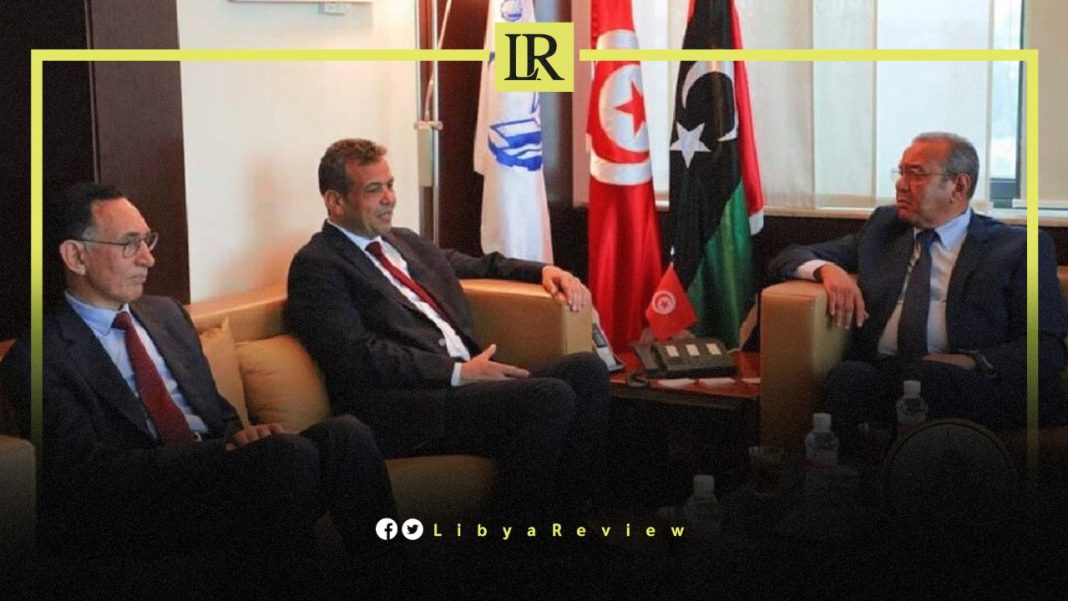 The Libyan Minister of Economy and Trade, Mohamed Al-Hwaij, met with the Tunisian Union of Industry and Trade, in order to enhance the role of the chambers of commerce between the two countries.

The visit aims to develop a joint action plan that contributes to the implementation of agreements and memoranda of understanding between the two countries, according to a statement by the Libyan Ministry of Economy and Trade.

The visit also included studying and establishing investment projects for agricultural activities and renewable energies. The attendees touched on many topics related to economic and trade cooperation between the two countries.

Al-Hwaij listened to the difficulties businessmen faced and suggestions that would solve the problems. He urged businessmen to organise joint events and exhibitions with the aim of activating the transit trade towards the African market in the interest of both countries.

The visit was attended by the Chairman of the Board of the General Authority for Investment Promotion and Privatisation Affairs as well as the President of the General Federation of Chambers of Commerce, Industry and Agriculture.

The Chairman of the Council of the Tunisian Union of Industry, Trade and Handicrafts, representatives of the Libyan Foreign Ministry and a group of businessmen also participated in the meeting.

In a not-too-distant context, the Head of the Benghazi municipality’s steering council, Al-Sager Bujwari, held a meeting on Saturday with a delegation from a number of Egyptian companies.

According to the Benghazi municipality’s statement, Bhuwari discussed means of cooperation in the fields of infrastructure, construction, sewage networks, drinking water and traffic, with the Egyptian delegation.

Bujwari affirmed the willingness of the Benghazi municipality to fully cooperate and overcome difficulties and provide facilities in terms of measures to achieve positive and actual results for the Egyptian side.