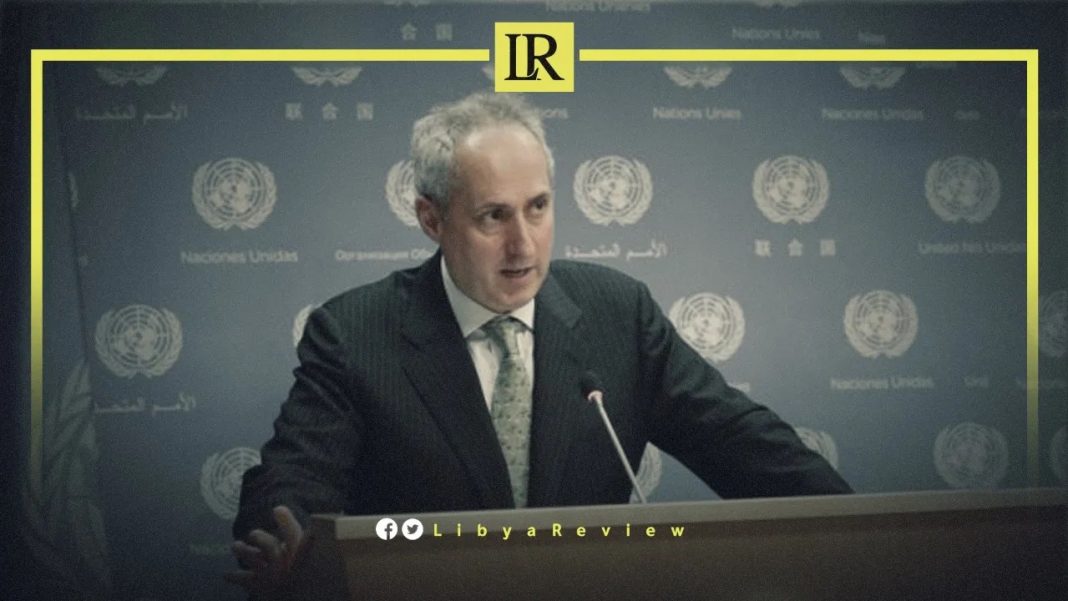 Spokesman for the UN Secretary-General, Stephane Dujarric said that the United Nations is “disappointed that the Libyan parties did not reach an agreement, and did not pay attention to the millions who registered to vote; In order to express their political opinions freely.”

During a press conference, the UN official added that it “was not too late,” expressing his hope that an agreement would be reached between the heads of the Libyan Parliament and the High Council of State (HCS) within ten days.

The UN Special Adviser to Libya, Stephanie Williams had called on the Parliament’s Speaker, Ageela Saleh and HCS Head, Khalid Al-Mishri to discuss the outstanding points, and agree on the constitutional rule.

The UN adviser announced the end of the last round of talks on Monday. She noted that “differences remained regarding the measures organizing the transitional phase leading to the elections.”

Head of Libya’s High National Elections Commission (HNEC) Emad Al-Sayeh said earlier that elections could be held in December 2022, if the two legislatures agree on election laws by July.

He explained that the commission is closely following the Cairo meetings between the Parliament and the HCS. The meetings aim to find a constitutional basis for holding Presidential and Parliamentary elections.

Al-Sayeh pointed to the efforts of the United Nations Support Mission in Libya (UNSMIL), and its work to resolve the crisis between rival parties by facilitating dialogue.

He added that G5 countries (the United States, the UK, France, Germany, and Italy) are pushing for elections. He said that the commission is in constant contact with experts from UNSMIL, in order to maintain technical consultations related to the elections.

He praised the UN’s tireless efforts over the past 11 years, and assistance in helping build a free and democratic Libya. “However, it is now time that a Libyan solution be found to bring forth elections. This must also guarantee Libyans the quality of life they deserve and demand,” Bashagha added.