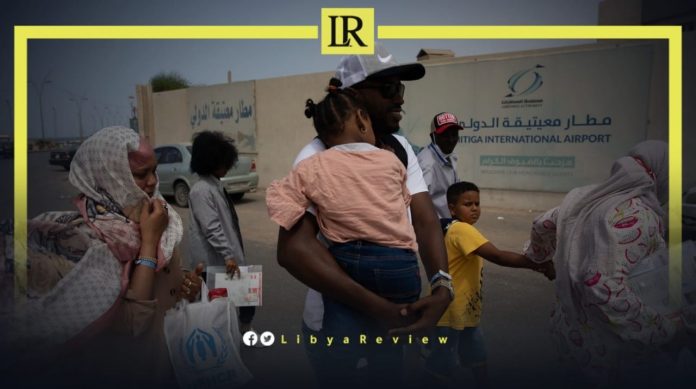 The United Nations High Commissioner for Refugees (UNHCR) announced that 95 asylum seekers and refugees were evacuated from Libya to Italy.

According to UNHCR, these included children, women, and survivors of violence. It added that it relies on the international community to provide safe pathways out of Libya, for the most vulnerable.

Last month, it reported that 803,000 people in Libya need humanitarian assistance, including displaced people and refugees.

The UN body added that “poverty and a lack of access to livelihoods and basic services, such as health and education, are among the common challenges.” UNHCR’s interventions “target the most vulnerable (including shelter rehabilitation, emergency cash, food, hygiene and non-food items) while strengthening the protective environment, enhancing resilience, and contributing to solutions.”

Over the past three years, UNHCR announced the completion of 148 fast-track projects, mostly in the health, education, and protection sectors across Libya. It has spent nearly $7.5 million dollars on these projects.

Each project is identified in consultation with national and local authorities, and the active participation of local communities.

In June, The United Nations High Commissioner for Refugees (UNHCR) evacuated a group of 132 vulnerable asylum seekers, out of Libya to Rwanda.

In a tweet, UNHCR added that the group included children, and survivors of violence and torture.

It explained that they will remain in touch at UNHCR’s Emergency Transit Mechanism facility in Gashora, while durable solutions are sought for them.

In March, the Director of the National Human Rights Commission in Libya (NCHRL), Ahmed Abdel-Hakim Hamza said that the total number of refugees in Libya is estimated at 42,528 people.