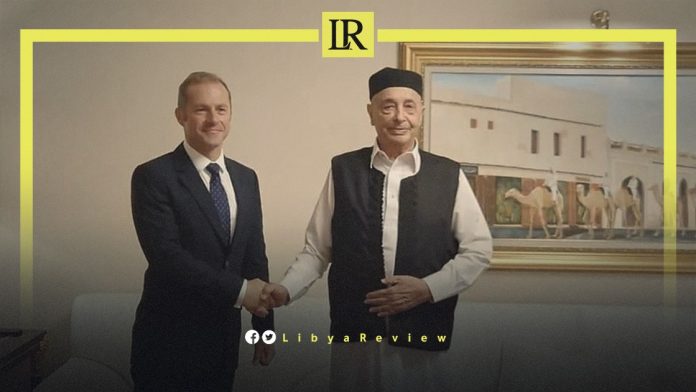 During the meeting, Saleh stressed the importance of completing the constitutional basis, and holding Presidential and Parliamentary elections as soon as possible.

The Special Envoy had met with a number of senior officials during his recent visit to Libya. This included the Commander of the Libyan National Army (LNA); Khalifa Haftar, the Head of the Presidential Council; Mohamed Al-Mnifi, the Head of the HCS; Khaled Al-Mishri, and the Chairman of the High National Elections Commission (HNEC); Emad Al-Sayeh.

On Wednesday, the acting Head of UNSMIL Raisedon Zenenga stressed that there is no military solution to the electoral and executive impasse. “The Libyan people have made clear their aspiration to choose their leaders and renew the legitimacy of Libyan institutions through democratic elections.”

He added that the United Nations’ priority, therefore, is to work with all Libyan parties to facilitate an agreement on a pathway to national elections as soon as possible.

Zenenga called on parties to resolve disputes through dialogue, reiterating that the current political impasse can only be resolved through inclusive national elections that enable the Libyan people to choose their leaders and renew the legitimacy of institutions.

“Libyan leaders must agree on a pathway to elections without delay,” the UN Mission concluded.