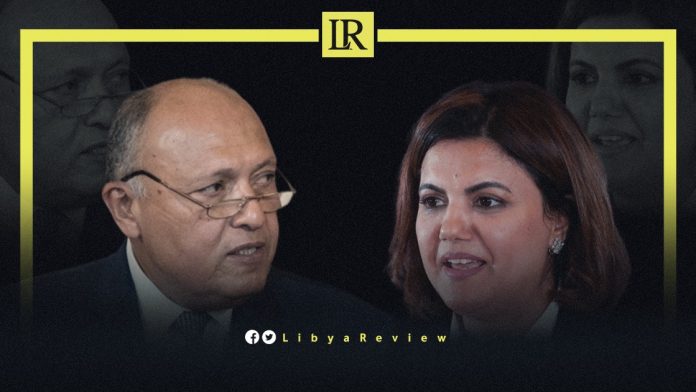 The Egyptian delegation headed by Foreign Minister, Sameh Shoukry decided not to participate in the consultative Arab countries’ foreign ministers meeting that was held on the sidelines of the 77th UNGA.

Shoukry left the Arab foreign ministers meeting held earlier this month at the headquarters of the Arab League in Cairo. This was during the opening session of the League’s 158th Ministerial Council session, after Al-Mangoush assumed the Presidency of the meeting.

Al-Mangoush commented on the departure, telling reporters: “We respect the position of the Egyptian minister, but it is against the norms of the League of Arab States and Security Council resolutions, and we do not agree with him.”

She claimed that her presence is “internationally supported, as the Government of National Unity (GNU) is the internationally recognized government in Libya, under the Berlin Agreement and the Paris Conference.”

Notably, the Libyan Prime Minister-designate, Fathi Bashagha issued a statement in which he rejected that the Arab League meeting be entrusted to the GNU.

“By this action, the League violates its acclaimed role of full solidarity with the state of Libya in its crisis, and the recognition of the Government of National Stability (GNS) as the sole legitimate representative of the Libyan people,” said the statement.

Earlier this month, The Office for Combating Illegal Migration-Benghazi Branch (Libya) announced that 18 Egyptian migrants were deported from the Ganfouda Shelter and Deportation Center to Egypt’s Imsaed port on Sunday.