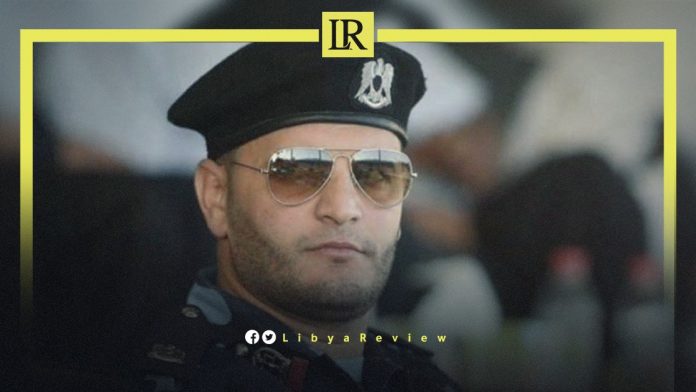 Head of the National Commission for Human Rights in Libya (NCHRL), Ahmed Hamza denounced the appointment of Emad Trabelsi, as the Under-Secretary-General of the Ministry of Interior in the Government of National Unity (GNU), led by Abdel-Hamid Dbaiba.

Hamza said in a statement that Trabelsi is “one of the most prominent violators of human rights and international humanitarian law in Libya.”

He claimed that “Dbaiba would do anything in return for buying loyalty to protect him, and to ensure that he remains in the usurped authority as a de facto authority that imposes its existence by force of arms.”

He pointed out that the PM, “does not attach any importance to human rights, and its victims. Trabelsi should be behind bars, and not as an official in the Ministry of Interior.”

Notably, Mohamed Bahroun, a militia leader who supports the Government of National Unity (GNU) led by Abdel-Hamid Dbaiba, said that he “would not hesitate to go to war, even if it cost me my nearest and dearest.”

Bahroun, nicknamed Al- Far (the Mouse), said “There is no good in war and from whoever calls for it. We will not be among its advocates; but if we are dragged into one, we would not hesitate to fight.”

Notably, the Chief of the Libyan Intelligence Service, Hussein Al-Ayeb appointed Al-Far as Head of the Anti-Terrorism Office in the western region.

Al-Far is wanted by the Attorney General on terrorism charges. He was involved in several deadly armed clashes with other militias in the west of the country.

Notably, the Libyan Parliament announced the unanimous appointment of Fathi Bashagha as the new Prime Minister on 10 February 2022. But Dbaiba warned that the appointment of a new interim government could lead to war and chaos in the country. He renewed his pledge to only hand power over to an elected government.