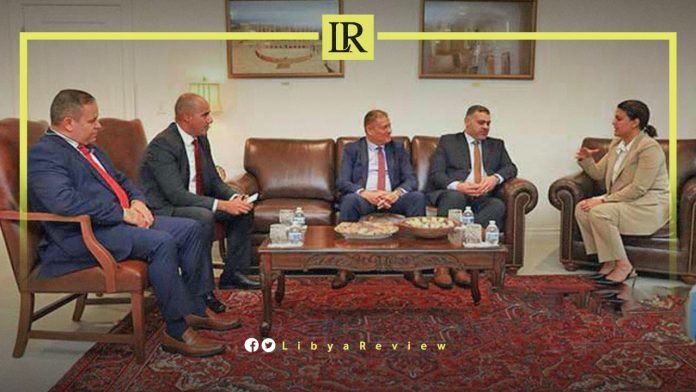 The Libyan Embassy in Washington DC announced that it will begin issuing passports in early October. It added that all reservations will be made through its official website.

In a statement, the embassy noted that once scheduled, citizens will be directed to 5881 Leesburg Pike Falls Church, VA 22041, for photographing appointments.

It also announced that its headquarters would be moving to Wyoming Ave, in the Kalorama neighbourhood of the city.

Last month, the US said Libya’s “full integration into the global economy is being hampered by actors pursuing destabilizing agendas that undermine peace and national unity,” according to the Arab News website.

The comments came after the US Assistant Secretary of State for Near Eastern Affairs, Barbara Leaf held separate meetings with Mohamed Al-Mnifi, the Head of the Libyan Presidential Council, and Richard Norland, the US Special Envoy and Ambassador to Libya.

“(There were) fruitful consultations with (Norland) and the US Embassy in Libya team on the prospects for boosting the US diplomatic presence in Libya to promote stability, security cooperation, economic growth and sustainable development,” Leaf said during her visit to Tunisia.

“We eagerly hope that the US Embassy can permanently return to Tripoli as soon as possible to provide consular, trade promotion, educational advising, and other services,” she added.