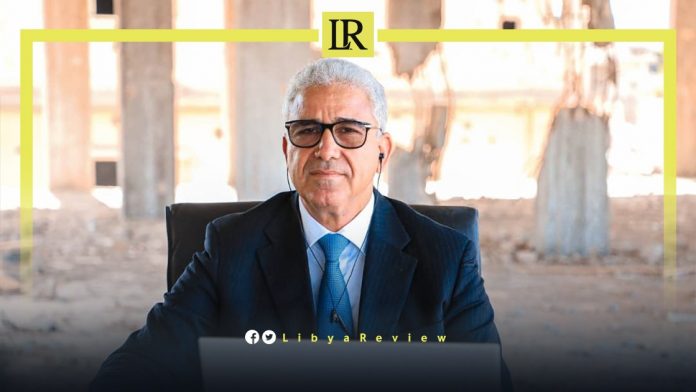 On Monday, the Libyan Prime Minister-designate, Fathi Bashagha affirmed his “complete rejection of signing any agreement or memorandum of understanding by the outgoing government of Abdel-Hamid Dbaiba.”

This came after Dbaiba’s Government of National Unity’s (GNU) Foreign and Economy Ministers signed two memoranda of understanding on energy with their Turkish counterparts.

In a statement, Bashagha said that he “will start direct consultations with the country’s national, regional, and international partners, to respond appropriately to these abuses.” He described them as “threatening the interests of security and peace in Libya, and the region.”

The Libyan Premier stressed his “right to resort to the judiciary to nullify the agreement,” according to the statement.

The Speaker of the Libyan Parliament, Ageela Saleh also rejected the agreements, stating that they “would not be binding for the Libyan state.”

“Any agreement, treaty, or memorandum of understanding that is concluded by the Dbaiba government is rejected and illegal, given the legal end of the mandate of the government since 24 December 2021,” the Parliament’s Spokesman, Abdulla Blaiheg said in a statement.

He added that “this can only be done through the Head of State or Parliament.” He stressed the need to deal with the Bashagha government.

Speaking at a ceremony in Tripoli, Cavusoğlu and Libyan Foreign Minister, Najla Al-Mangoush said they had signed memorandums of understanding (MoU) aimed at benefiting both countries.

“We’ve signed a Memorandum of Understanding on exploration for hydrocarbons in Libya’s territorial waters and on Libyan soil, by Turkish-Libyan companies,” Cavusoğlu said in Tripoli.