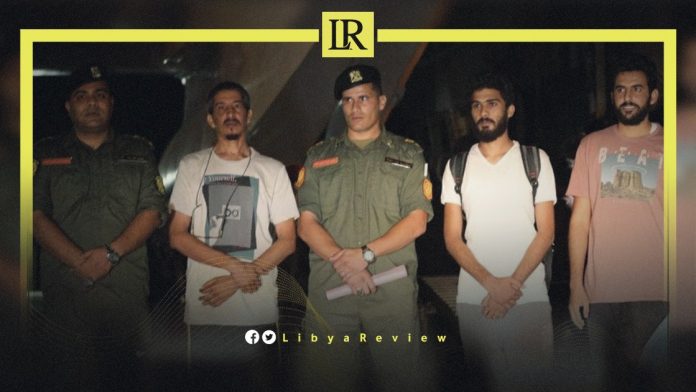 The 166th Infantry Brigade of the General Command of the Libyan National Army (LNA) received the four Libyan youths who were recently released from Chad.

The Brigade said in press statements on Monday that the release came under the personal follow-up of the LNA Commander-in-Chief, Field Marshal Khalifa Haftar.

Last month, the Chadian Ministry of Foreign Affairs condemned the “mass and arbitrary” arrest of Chadian citizens in southern Libya. It called on the Libyan authorities to “preserve the physical integrity of the detained Chadians, and protect them from any inhuman and degrading treatment.”

Notably, the Anti-Illegal Migration Authority in Benghazi said that it transferred 41 Chadian migrants, including 21 migrants with hepatitis, and another migrant with AIDS to the Al-Kufra Shelter Center. This is in preparation of their deportation home.