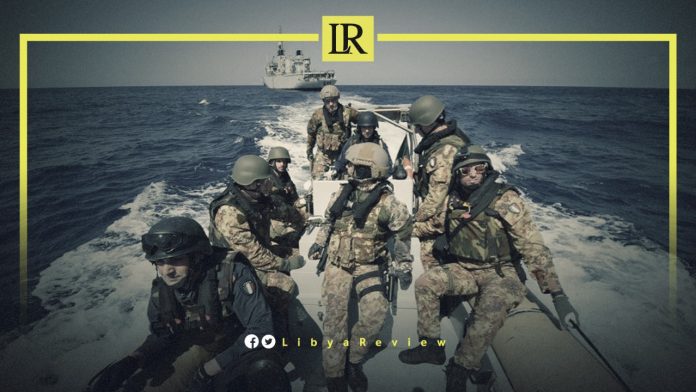 The European Union Naval Force, Operation IRINI said that it had detected 38 suspicious flights during September. It also continued to monitor 25 airports and runways, and 16 ports and oil terminals.

According to the Italian news agency, Nova the operation communicated with 156 commercial ships via radio, and conducted 18 visits to ships with the approval of their captains.

IRINI explained that two out of 24 ships were diverted to the port of an EU member state, where their cargo was later confiscated.

Nova added that there are currently three frigates, four aircraft, and nearly 600 people assigned directly to IRINI. Various other naval and air units are deployed to support the operation, on a non-continuous basis.

The statement explained that during the last six months, Captain-in-Chief, Stylianos Dimopoulos performed duties as a dispatcher for IRINI in Rome.

The operation, which is valid until 31 March 2023, main objective is the implementation of the arms embargo in Libya, as set out by a UN Security Council resolution.

Secondary tasks include contributing to the implementation of UN measures to prevent the illegal export of oil from Libya, disrupt human trafficking networks, capacity building, and training the Libyan Coast Guard and Navy.