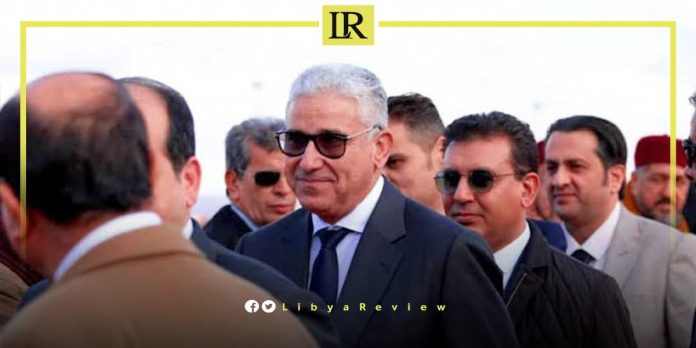 In press statements, Al-Arfi added that Bashagha will “meet the new United Nations Envoy to Libya, Abdoulaye Bathily and will present the Libayn government’s vision to lead Libya to elections.”

The Libyan MP pointed out that Bashagha will “provide all conditions to prove his government.” He noted that “if Bashagha achieves results with Bathily, the seat of government will be in Sirte, in accordance with the political agreement.”

Al-Arfi explained that they will “support every step that leads us to stability and elections, whether Parliamentary or Presidential, in light of complete calm and no resort to force and weapons.”

On Wednesday, the US Representative to the United Nations, Linda Thomas-Greenfield said that the US fully supports the work of the UN Envoy to Libya, Abdoulaye Bathily.

“A pleasure to meet with Abdoulaye Bathily as he takes up his mandate to advance the political process and stability in Libya. U.S. State Dept – Near Eastern Affairs Assistant Secretary Leaf, Special Envoy Norland, and I reiterated full U.S. support for the United Nations Support Mission in Libya’s (UNSMIL) important work,” she tweeted.

“I appreciated the opportunity to join Representative of the United States of America to the United Nations, Linda Thomas-Greenfield and U.S. State Dept – Near Eastern Affairs Assistant Secretary Leaf in offering full U.S. support for UN SRSG Bathily as he takes up his important duties,” Norland noted.

The North African country has had little peace since the 2011 NATO-backed uprising that ousted longtime leader Muammar Gaddafi, splitting the nation in 2014 between rival eastern and western factions and dragging in regional powers. Libyan oil output, a prize for the warring groups, has repeatedly been shut off.